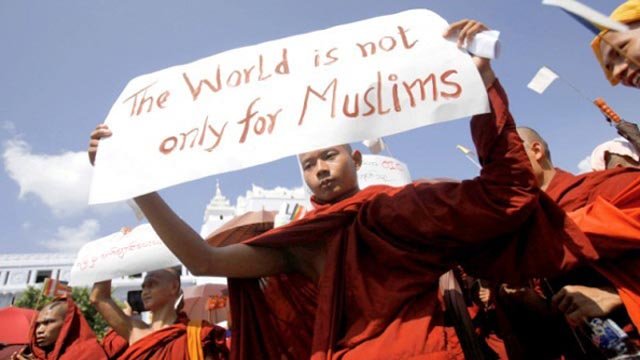 Before we shed tears for refugee Rohingya Muslims and become so emotional that we grant them Refuge, its imperative that We examine certain facts and then take a decision. Although it should not be a thumb rule that we look into the past facts and figures before making a decision but at the same time when its a question of life and death/ security and the FINANCES, the Past data and experiences will always be handy and it may be suicidal if the clues from the past are not taken into consideration.

One, Bapus Ahimsa and Truth although got us AZADI but it also made our Policy makers look at Social life more simplistically ; BURA MAT DEKHO, BURA MAT SUNO AND BURA MAT BOLO. As a result when BURA(BAD) happened, iT CAUSED displacement of some ten million people and loss of some One million lives. And its a fact that his AHMISA could not stop the RIOTING and killings but rather confused the officials. Example is riots in Calcutta which resumed the moment Bapu came back to Delhi.

Two, Nehru in order to Buy peace agreed to a lop sided INDUS WATER AGREEMENT in 1960. And we Know, it made no difference to Pak’s behaviour.

Three, Stephen Cohen in his book, Emerging Power: India, says, “No other country has ever engaged in as lengthy wide ranging and intensive discussions as India did before it crossed various nuclear thresholds. This was when its neighbor with whom it had fought a war had become nuclear in 1967. Probably, under the influence of the moral precepts the Indian establishment does not possess the expertise to deal with such concepts as limited nuclear war or deterrence”.

But, then despite all the arguments with the peaceniks, finally we had to make the Nuc Bombs to counter the Pakis and Chinese. And what if during that 30 years gap Chinese in order to solve the Border issue used a Bomb. Saying that THEY WOULD NOT HAVE DONE SO would be in my opinion a stupid logic.

Four, Nehru paid no heed to the repeated advise by Gen Thimmaya to modernise the Indian Army because Weapons for him were against the Gandhian principles and PANCHSHEEL principles. This grave mistake led India to a HUMILIATING DEFEAT. Finally, after the defeat and loss of Life He accepted in Parliament , saying ; WE WERE LIVING IN OUR OWN MAKE BELEIVE WORLD. It would have been better had he said ; HE WAS LIVING IN HIS MAKE BELIEVE WORLD Instead of saying WE.

Five, We did allow Tibetans, Tamils as refugees and our experience has been mixed. Tibetans lived peacefully and never created a security problem for India. However, Srilankan Tamils vitiated the local politics and also carried out a massive strike when they assassinated Rajeev Gandhi.

Six, There is a need to carefully analyse WHY THESE repeated TERROR attacks in UK, France, Germany despite they being ; smaller nations in comparison to India , Not sharing borders with Islamic nations like we do with Pakistan and Bangladesh, and Very importantly they possess better security set up supported by technology than India has.

Finally, lets not forget that ; There is no other Nation in the history of human civilization which has been taken by surprise by its adversaries so often & with such remarkable regularity. We were taken by surprise in 1947 by the tribals from Pakistan & lost half of Kashmir, thereafter the Chinese surprised us in 1962 & took away Aksai Chin. In 1965, the Pakis once again surprised us, In 1989-90 we were surprised by the uprising in Kashmir and then started the long saga of surprises; the Kargil intrusion, highjack, bomb explosions and fidayeens. This is not ancient or medieval history but recent history.

Trump in his speech at UNGA rightly said ; WE ALL AS LEADERS OF OUR RESPECTIVE COUNTRIES ARE RESPONSIBLE FOR THE WELFARE OF OUR OWN PEOPLE FIRST.

Therefore, NO GOVT SHOULD PUT THE LIFE OF ITS MILLIONS OF PEOPLE AT STAKE.

If few Gandhians still not learnt the lessons then they need to assure the Nation that this time Their GANDHI GIRI has to be based on accountability.

So my suggestion is ; Let them form a Society or a Trust for the welfare of Rohingyas and one of the terms and conditions be ; If any terror attack is carried out by Rohingya Muslim or any Rohingya Muslim is found to be involved Actively or Passively supporting terror in India then the TRUST/ SOCIETY MEMBERS will have to face the charge of treason and wilful murder.

Lets see How many then Shed tears and want to be part of the trust.