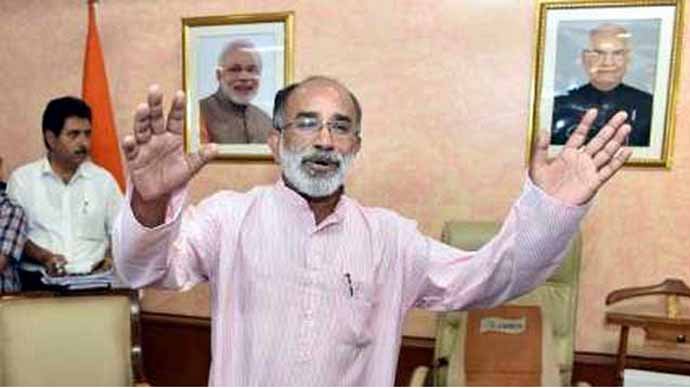 Mr KJ Alphons the newly appointed Union Minister known for his straight talk and no political niceties brought out a Fact which we Indians have often avoided to hear and introspect. He said ;
People who own bikes and cars are not starving and can afford to pay higher prices for fuel.

We burn brides alive, throw acid on women, burn people alive, commit heinous crimes against the poor and the deprived and call ourselves as Cultured Civilisation that believes in Ahimsa and truth.
Anyone who shows us the mirror We cry and react violently against them, like the Leftists/Maoists do.

Behaviour is an indicator of our attitude. And behaviour in simple language can be termed as ; ACTIONS that are visible. This implies that the way one talks, the way one carries himself, the one reacts, the way one acts can be described as Behaviour. And often behind that Behaviour lies our Attitude.

So, it is very important that we keep evaluating our behaviour. And many a times I feel that our behaviour is full of hypocrisy.

When Chidambram as Finance minister said ; When you increase the support prices of Grains to help the farmers, it is natural that the crops would become expensive but then surprisingly, The affluent Middle class cries foul whenever the poor farmer is paid more. Didn’t We all made hue and cry over this statement.

But many amongst us do not mind firing from the shoulders of the poor the moment food products become expensive and express grave concern writing ; GARIBON KA KYA HOGA.

Manmohan Singh reminded the nation that PAISA PED PE NAHIN UGTA. Implying he has to get this money to spend for the nation from the people who can pay. But didn’t we shout our lungs out on this.

I still remember as a Young Officer in army one of our senior officers had said on the issue of poor facilities ; GENTLEMEN, WE ARE AN ARMY OF A POOR NATION AND SO WE NEED TO SHARE THAT BURDEN.

Mark Tully reminded us in his Book that we bargain with poor Road side vendors and cab/ Rickshaw pullers for even 10 bucks but purchase expensive Mobiles and electronic gadgets and then we have the cheek to show OUR CONCERN for the Poor.

My office boy did not seem to be worried about the increase in petrol/ diesel prices and if he has no concern then who is crying ; Obviously WE who speak English, have ACs fitted in our homes and Cars and have bought expensive Mobiles for our kids.

Mr Alphons was right, the affluent middle class has started behaving like leeches, they just want to suck the blood out of this Country. Is it not becoming a regular feature that the affluent are cribbing about their salaries and perks .

But the fact is that the Leadership also comes from this Class.
Notwithstanding the above, I still feel that State Govts like MP, West Bengal charging almost 47% duty on Petrol/ Diesel is grossly wrong and unjustified. One should not take our DESH BHAKTI for granted, particularly when the ruling class does not have to face the consequences of that additional and unjustified TAXATION.

An average Indian family spends almost 30-40% of its earnings on buying food and that is one of the highest rates in the world. This has happened because the Food products are expensive and that is directly related to the fuel cost.

The central Govt needs to stream line this and get the States to accept Petroleum and Diesel be brought under the GST regime so as to make food cheaper in India.