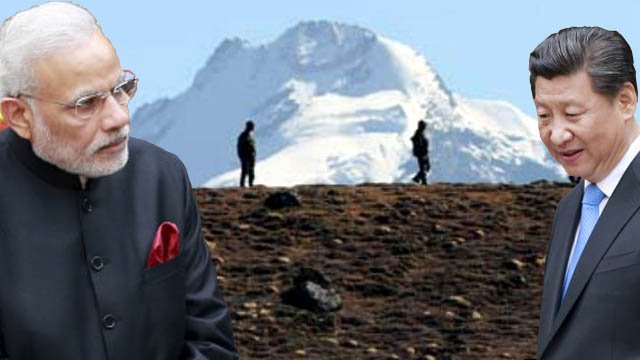 “Modi goes to China with an enhanced stature and stronger leadership credentials than Xi,” Mohan Malik, a professor at the Asia-Pacific Center for Security Studies in the US told TNN. “This visit comes after India’s refusal to join Xi’s Belt and Road Forum in May and decision to stare down the PLA (People’s Liberation Army) despite daily threats and belligerent rhetoric,”he said. I think he is right in stating that.

I am sure many veterans would still not take pride in this but continue to harp on ; OROP and 7th pay commission.

Every crisis is an opportunity, and so was stand-off in Doklam. It provided the Indian leadership to stand tall and Indian military to prove its mettle once again and be proud of and create an awe amongst the nations who thought that Indian leadership does not have the cheek to face the Chinese firmly.

Anyways, Nothing can be done with these pathological haters and so we must move on.
China for a change has accommodated India’s concerns on TERRORISM at BRICS Summit as well and may be unwillingly agreed to mention the names of TERROR groups operating from Pakistan in the BRICS Joint declaration. This was refused by China in the last summit held at Goa.

Not that Dr Manmohan did not get the opportunity, to do so in the 10 long years he ruled, but he let it go.

This man; Mr Modi is not likely to fritter away these opportunities that help India to get a status and position that it deserves in the comity of nations.

Given the nature of Chinese leadership I will not be surprised that Chinese did all this to calm down India for the BRICS Summit where it feared, Modi may not attend the summit and that would be a severe Blow to the Summit.

The Border dispute is far from over and Because, I have found many security experts criticising Nehrujis Forward Policy but none offering any solution ; WHAT COULD HE HAVE DONE TO AVOID CHINA NIBBLING INDIA’S TERRITORY.

So, in view of the above, its important that we have a strategy ready to deal with such similar attempt and this time if at all it comes it will come at a place and time of China’s choice.

Once again few quotes from SunTzu’s ART OF WARFARE inorder to understand a little bit what warfare is all about ;

Two, Therefore the skillful leader subdues the enemy’s troops
without any fighting; he captures their cities without laying siege to them; he overthrows their kingdom without lengthy operations in the field. Thus we may know that there are five essentials for victory:
(1) He will win who knows when to fight and when not to fight.
(2) He will win who knows how to handle both superior and inferior forces.
(3) He will win whose army is animated by the same spirit throughout all its ranks.
(4) He will win who, prepared himself, waits to take the enemy unprepared.
(5) He will win who has military capacity and is not interfered with by the sovereign.

Four, Therefore the clever combatant imposes his will on the enemy, but does not allow the enemy’s will to be imposed on him.

Five, Appear at points which the enemy must hasten to defend; march swiftly to places where you are not expected.

This last one is dangerous as this is going to create Political upheaval in India as it happened in late 50s before the 1962 war.