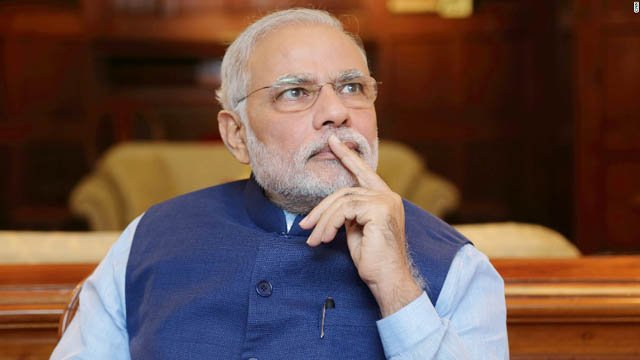 Your recent trip to China BRICS 2017 has been a historic one and achievements, spectacular. It was quite conspicuous from their entire conduct and body language of Chinese President that you have marvelously shown them the place that they deserve. After their Doklam-retreat followed by BRICS 2017 obsequious conduct, I believe, we are now well-poised to ‘order’ / arm-twist Chinese to vacate our entire occupied territory in Ladakh. If not, then the historic moment may well be on it’s way to you sooner than later.

Mr. Prime Minister, Chinese President Xi does not know now how to tackle PM Modi !! Nation had to wait for 70 long years to get a Prime Minister endowed with nerves of steel and verve of wisdom / patriotism. What a great relief !! I feel safe myself, I feel nation is safe in your hands in spite of mounting internal and external threats to the country.

The task of “Nav Bharata 2022” that you have heralded is quite a challenging one albeit not impossible. I only wish, you had two or three more Narendra Modis in your Cabinet to assist you in this gigantic mission. Being alone, you have been under severe pressure of performance to deliver. Appointing bureaucrats in Union Cabinet should be rarest of rare instance just like capital punishment awarded in rarest of rare cases !!

‘Visionary-Bureaucrat’ is an excellent oxymoron as “Bragging thy way to self-glorification” is the gene that bureaucrat’s DNA is infested with aplenty. Reported in Economic Times dated Sept. 7, current Steel Secretary says, change in management of sick steel companies does not make much of a difference as total volume of steel produced remains same !! So is the intellectual level of our bureaucrats !!

Nor do so many politicians who love loaves of office as a measure of reward for fooling around in streets of the country donned in Kurta-Pajamas without any solid delivery of performance to those deprived ones who need that most.

BJP must spot talent across the country and groom them to develop a cadre of Governance-Professionals on the lines of Tata Admn. Service. That is why Tata Sons Ltd. is always loaded with legends to reckon with. One legendary figure retires from the Bombay House, another one is always there waiting in his wings ready to take over. For that, Party need to have a powerful, solid HRD Cell at their HQ and it should be undertaken as an integral constituent of governance itself, an institutionalised full time activity.

What is most essential is that they must be devoid of congeries of complexes, emotionally very matured, liberated from subtle vices like jealousy / ambition / greed etc., almost on the threshold of attaining ‘Nirvana’ !!!!! Then personal discretion shall be considerably reduced and hardly anyone shall strive to physically remain in close proximity of some senior leader eagerly looking forward to ‘Ashoka-Chakra’ laden position falling in his / her lap !! If we are able to realise that vision, frequent or mid-way reshuffles may not be required at all inviting unpalatable comments / malevolent attention from so many quarters.

Rohingya Muslims is a burning issue. Irrespective of SC judgement, they must be thrown out even if they all have to be pushed into the ocean on boats. Hindus have suffered immensely in their own country and this country cannot be allowed to transform into France / Germany who have been crying after the crazy generosity that they extended to fleeing Syrians. Nor is the country ‘Kale Mian Ki Sarai’. ‘Ahimsa’ and ‘Vasudhaiva Kutumbakum’ have their limits. Faiths / sects / cults that do not originally belong to this nation should not be allowed to derogate our generosity, convert Hindus, obliterate Hinduism and destroy our cultural identity / heritage like criminals, then to re-incarnate entire country in a different form and colour. Government must act determinedly and quickly in this regard.