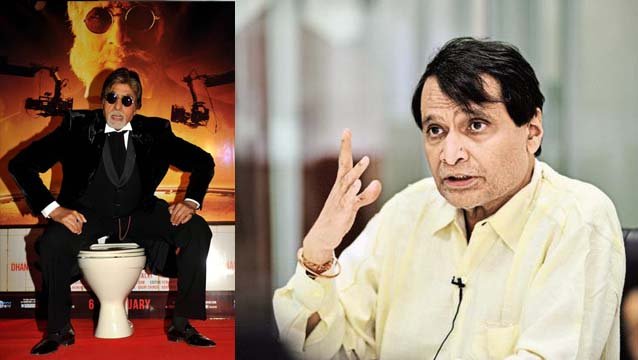 Its a cause of deep anguish and disappointment for me that such a good Manager Mr Suresh Prabhu had to resign as a Railway Minister. And so I thought, I must put across my views on Indian Railways, so that we do not frustrate another Good manager.

I, as an Indian army employee, have covered length and breadth of the country traveling in Indian trains and have spent many nights on Railway stations and also experienced the services of railway luggage vans which many a times delivered our luggage at wrong destinations and that too in a bad shape.

And as result have enough experience to develop suggestions/ ideas as to how the railways can meet the aspirations of its customers..

The current concept of somehow accommodating the aspirations of all the Indians coming from different strata is probably the root cause of confusion and chaos in Railways. And as a result the Railways is unable to meet the needs and desires of anyone.

One, India is not only a multi religious and multi lingual country it is also a country with huge economic disparity. And with that Disparity comes the diversity of aspirations and desires. The aspirations of 5 % population earning more than Rs 10 lacs per annum will be very different from those of earning mere 10000/month or less, who are almost 90 % of our population( ADB Figures used). You can find them squatting, sleeping on platform and their kids defecating or urinating on the platform itself. With different incomes even the definition of COMFORT also changes.

Railways, therefore must forget to cater for the aspirations and desires of all types of Indians. One must realise that a country where you need a super star Amitabh Bacchan and Govt has to spend millions to teach its population toilet habits, its futile to talk about railway comfort. The railways should just focus on meeting the desires of this 90 % population. I call them as the Railways Preferred Customer.

Two, So, Lallooji was very right. He tried making rail the most preferred mode of communication of this 90% population (the Preferred Customer). He was not bothered whether the men travel like cattle but then this Preferred Customer also did not bother that they are being ferried like cattle. This category of people traveling in trains look for no comfort and they also have no desire of traveling in style. All they want is to TRAVEL from place A to Place B. Therefore, the coaches must be designed with the focus on carrying more passengers rather than on comfort. Most of these people can go off to sleep by spreading their GAMCHA on the berth.

Three, This Preferred Customer is also in no great hurry to reach their destinations. They have plenty of time at their disposal. So, there is no need to run SUPER FAST trains or Very Fast trains for them. Rather, reduce the speed of the trains. This will help running more trains on the same track and the tracks can be optimally utilized. This way the Railways would be able to carry more passengers.

Four, There is no need to have a kitchen car or a pantry car and getting into the hassles of its cleanliness etc because most of the people traveling are not finicky about hygiene and sanitation. They buy food stuff from the platform ; POORI BHAJI and drink water straight from the tap. There is also no need to spend money on wifi on every Railway station as this PREFERRED CUSTOMER does not need it.

Five, In view of the above, there is hardly any expenditure that needs to be incurred on trying to increase the speed of trains, increasing facilities or upgrading the rail tracks. All that is needed is increase the number of trains by reducing the speed. So, one doesn’t have to increase the fares also.

Six, Thereafter, Launch a separate project under a different organisation for HIGH SPEED TRAINS and Lay separate rail track for these Super fast trains for those who wish to travel in style and are willing to pay more. For that Invite Private sector to invest. This can be done by designing a suitable PPP Model. All such luxury trains like Shatabdi, Rajdhani, Mahraja Exp and the future Bullet trains be brought under this new Department. This will ensure that the powerful Railway Union is kept out of this project and so the Govt can involve the Private Sector. You can call this as TRANS INDIA RAIL NETWORK(TIRN). Yes at certain places some assets may have to be transferred from Indian Railways to TIRN and that can always be worked out. The TIRN may also have to pay to Indian railways for Shared facilities just like Private airlines pay the INDIAN AIRPORT AUTHORITY for using the facilities.

Seven, As such with new civil aviation policy more and more tier 2 towns are being connected by airlines so those who are willing to pay more and wish to travel in comfort and style will move by flights and those who can not will move by rail.

Once the country grows and the earnings of those who can pay for the comfort rise, they would automatically DEMAND FOR BETTER FACILITIES AND SAY WE DO NOT MIND PAYING MORE. Hence, they would easily switch over to TRANS INDIA RAIL NETWORK(TIRN) and would travel in comfort/ luxury.