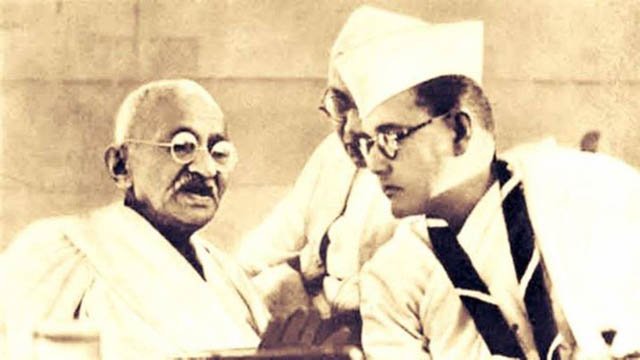 “Mahatma” MK Gandhi was never interested in country’s freedom. As a matter of fact otherwise, he would have been hanged to death by British brutes in no time.

Do you believe such a brutal regime of British-Goras would have tolerated people like “Mahatma” and JL Nehru had they been really been so influential in freedom struggle given the brutal fact that Goras were hunting, torturing and slaughtering every freedom-fighter?

“Mahatma” had a sweet understanding of friendly matches with Brit-Goras at the brutal expense of very poor / malnourished / innocent Hindus of the country by impressing them as a pseudo-saint !!

He was struggling for “Swa-Raja” under British domination. Something like what Dalai Lama has been demanding for Tibet – “Article 370” for Tibet under Chinese occupation !!

That was the main reason why he was so hostile to Netaji Bose as Netaji was fighting for complete freedom with no trace of British rule at all.