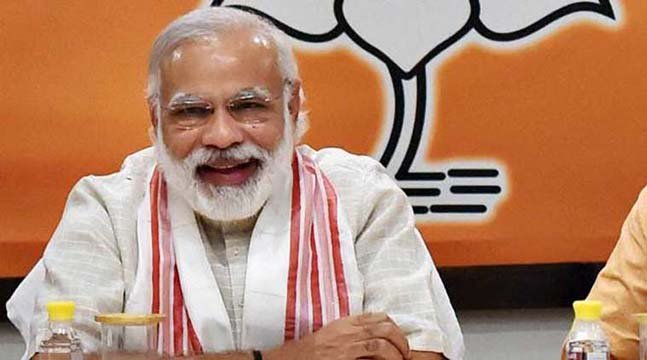 The pathological haters are now their screaming lungs out that DEMONETISATION HAS FAILED just based on the data that 99% currency came back to the Bank.

In their enthusiasm they did not even bother to check ; Was this the only objective that the Govt had set in for DEMONETISATION or there were other Objectives as well and also forgot to get deeper into the subject. Probably as always they get carried away by the POLITICS.

I after listening to many debates and going through the articles published in various news papers accumulated the points , which i thought i must share with my Friends so that we take a holistic view of the Subject.

One, “black money doesn’t become white just because it is deposited in a bank account“.Rama Subramaniam Gandhi, retired Deputy Governor, RBI, also praised the government’s policy. “With almost 99% banned notes returned, it means it has turned from black to white. Now, we know who should be held responsible for that money. Now, people will be bound to pay taxes. I would not agree that just because surplus didn’t happen, it is not a success. Money has returned to system. It is now accounted and people have moved to electronic side, which a good.” Siddhartha Sanyal, chief India economist at Barclays, said We have seen improvement in tax compliance, both in direct and indirect taxes. It is wrong to nitpick the data based on just one or two quarters. We need to take into account long-term effects too. Overall, demonetisation has been positive for organised sectors.”

Two, So the money did come back to the bank But it revealed something ; 18 lakh accounts which, prima facie, did not appear to be in line with their tax profile, and so they were scrutinized.
More than 9.27 lakh responses were received giving information on 13.33 lakh accounts involving cash deposits of around Rs.2.89 lakh crore.
* Advance data analytic tools were deployed which further identified 5.56 lakhs new cases and about 1 lakh of those cases in which either partial or no response was received in the earlier phase.
* About 200 high risk clusters of persons were identified for appropriate action.
* The Income Tax Department (ITD) conducted searches on various entities, leading to seizure of cash and admission of undisclosed income.
* Since November 2016 and until the end of May 2017, a total of Rs. 17526 crore has been found as undisclosed income and Rs. 1003 crore has been seized.

* As a result of demonetization The number of Returns filed as on August 5, 2017 registered an increase of 24.7% compared to a growth rate of 9.9% in the previous year.
* Advance tax collections of Personal Income Tax (i.e. other than Corporate Tax) as on August 5, 2017 showed a growth of about 41.79% over the corresponding period in previous financial year.
* Personal Income Tax under Self Assessment Tax (SAT) grew at 34.25% over the corresponding period in F.Y. 2016-2017.
However, i would say that one must wait for a few years ; the trend must sustain itself for a few years rather than being a one-off thing.

* Transactions of more than 3 lakh registered companies are under the radar of suspicion while one lakh companies were struck off the list.
* The government has already identified more than 37000 shell companies which were engaged in hiding black money and Hawala transactions.
* Around 163 companies which were listed on the exchange platforms were suspended from trading, pending submission of proof documents.
* The Income-tax Directorates of Investigation have identified more than 400 benami transactions up to 23 May, 2017 and the market value of properties under attachment is more than Rs 600 crore.
Five,. Now the moot question is ; WAS THERE AN EASIER WAY TO FIND ALL THIS WITHOUT DEMONETISATION. Had there been, Do you think MANMOHAN SINGH a renowned ECONOMIST would not have done it in his 10 years ?
Six, However, some may say that if the purpose was to bring money back into the banking system and build this data base, the same would have been achieved by slow demonetisation. But then had this been not done suddenly and within a short span of time HOW THE HELL COULD ANYONE FIND OUT A SUSPICIOUS TRANSACTION.

Had 6 months been given for demonetisation,The black money hoarders would have declared that money as being earned through business or some such legal transaction, Today even the Gold merchants are under scrutiny. The Govt now has to just focus on ONE MONTH DATA instead of Six months which would have made things difficult.

Seven, Few would say that Surgical demonetisation is a failure on cost-benefit analysis because it effected far more expenditure and short-term pain. But the point is ; IS THE GOVT LOOKING AT SHORT TERM GAINS or THE LONG TERM GAINS.
Eight, One of the aims of demonetisation was the digital push and that has now become the main focus now ; launch of Bhim App, which already crossed 1 cr downloads, are the success stories from here.

May be the immediate gains look miniscule and the disruption in terms of GDP is significant, but As a result of this shock therapy i.e DEMONETISATION coupled with GST and BENAMI Property act the tax earnings of the Govt have increased substantially and this CHALAT HAI Attitude towards Tax rules has disappeared. Now No one wants to take a Chance with this Govt.It is this CHALTA HAI Attitude that lured many Bankers and CAs and they connived with Black money hoarders but they are gradually getting trapped. Some 25 odd CAs and Bankers have already been booked, including the CA of MISA BHARTI daughter of LALOO YADAV.
Nine, Huge Revenue collection under GST

* The total revenue of GST remitted upto August 29, 2017 is Rs 92,283 crore that too when only 64.42% of assesses have completed the payments.
* The number of new taxpayers who have registered with the GSTN upto 29 August, 2017 is 18.83 lakhs.
Had GST been implemented without DEMONETISATION DO YOU REALLY THINK These Businessmen would have got themselves registered with so much of ease.

Lastly, How do you think it has become possible and so easy for the NIA to raid the Terror sponsorers in Valley. Its because there is a huge amount of data now available with IT sleuths.

The Modi haters had expected a very large shock to economic growth on account of demonetization but sadly they have been shocked and India has continued to be on path of one of the strongest growths in the world, despite a Global slow down.
The Govt now has immense amount of Data available and the scrutiny has just begun. Today we found only Laloos kids and Gheelani acquiring ill-gotten wealth, there will be many more disclosures in months to come.

FINALLY, In my opinion this enthusiasm of Modi haters over the RBI data is going to be short lived and it will be Mr Modi who will have the last laugh.