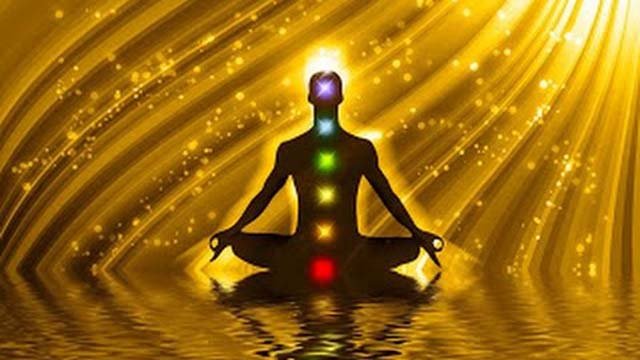 ‘Atma’ exists in a non-existential way !! Atma  is merely a reflection of Param Brahmatma.

Maharshi Kapila  has enunciated in his treatise Samkhyayoga  that Atma  is Sat and Cit  while Param Brahmatma  is Sat, Cit  and Ananda  too. A reflection can be Sat  i.e. real and Cit  i.e. conscious (it’s effulgence) but certainly not Ananda  i.e. bliss. Had Atma  been an entity, certainly it would have been Sat, Cit  and Ananda  too, like Param Brahmatma. This Ananda  is the highest order of Cetana  !!!

Can Atma  exist independent of Param Brahmatma ? Certainly not. Then, how can we say that Atma  exists at all ?

For Atma  to exist independent or otherwise of Param Brahmatma, Param Brahmatma  will have to be divisible. And that is just impossible. So Atma  does not exist.

Atma  is incapable of enacting creation or dissolution of the universe, a prerogative of Param Brahmatma  alone as illustrated in Sruti. That’s yet another reason to conclude, Atma  does not exist.

So the existence of Atma  is merely conceptual.

At innumerable points in the infinite ocean of Prakrti  comprising of Tanmatra-s of Sattva, Raja  and Tama  existing in perfect equilibrium, the equilibrium is disrupted when Consciousness of Param Brahmatma  falls upon as His reflection. This reflection of Consciousness coupled with the bundle of Tanmatra-s whose equilibrium has been disrupted now, is known as JIVATMA, an animate being. Thus is the commencement of a long-drawn cosmic journey in and out of the universe transcending innumerable births and deaths in a bid to re-claim the equipoise of Tanmatra-s so as to enable it retire into it’s cause to end the cosmic journey. Then the reflection of Consciousness of Param Brahmatma  known as Atma, shifts to some other point in the ocean of Tanmatra-s of Prakrti  to repeat all that while Param Brahmatma  remains eternally conscious of the experiences attained during the cosmic journey undertaken by the Jivatma.

It resembles the phenomenon of air-bubbles in a pool of water. Air-bubbles once created, possess instinctual tendency to drive upward, burst open on the surface, release the air trapped within, and annihilate themselves. Pool of water is the infinite ocean of Prakrti  comprising of Tanmatra-s of Sattva, Raja  and Tama, air-bubble is Jivatma, air trapped within bubbles is the reflection of Consciousness emanating from Param Brahmatma  and the space above surface of water, infinitude of Param Brahmatma  Himself.

And the cosmic phenomenon goes on eternally.

It leads to intense curiosity as to why Param Brahmatma  creates and dissolves eternally. What is His objective, purpose after all ?

Nirvikalpa Samadhi  is the ultimate Samadhi  beyond which nothing exists to be attained to. It is the state of Ultimate, Absolute Consciousness of Param Brahmatma  Himself. In the state of Nirvikalpa Samadhi, knower, knowable and the known, all merge into just one entity, also known as Param Brahmatma. If Param Brahmatma  entirely and completely reverts into the state of Nirvikalpa Samadhi, He SHALL FORFEIT CONSCIOUSNESS OF HIS OWN EXISTENCE !!! So to remain conscious of His own existence, He needs reference points against which He incessantly and eternally remains conscious of His own existence, AWAY FROM THE COSMIC STATE OF NIDRAYOGA. Maya  enacted through Prakrti  is the sole entity eligible and qualified to accomplish the cosmic role of those reference points. How could Param Brahmatma  come out of His state of Nidrayoga  to begin with, is absolutely unknown to anyone.

In common parlance, He possesses an excellent acumen of sportsmanship…He excels in playing Hide & Seek with His own creations.

When insisted upon several times by his disciples, Swami Ramakrshna Paramhamsa  did attempt to describe the ultimate state of consciousness. He attempted several times, failed every time as the moment he attempted to describe that, Nirvikalpa Samadhi  was disrupted and he was heart-broken. Then suddenely he burst into copious tears, sobbed and wept like a child and apologised to his disciples with his both palms joined for not being able to enlighten them about nature of Param Brahmatma  !!

Why is that, what to speak of man, even Jivatma  does not have control over birth and death ?

BECAUSE ATMA  DOES NOT EXIST ON IT’S OWN.