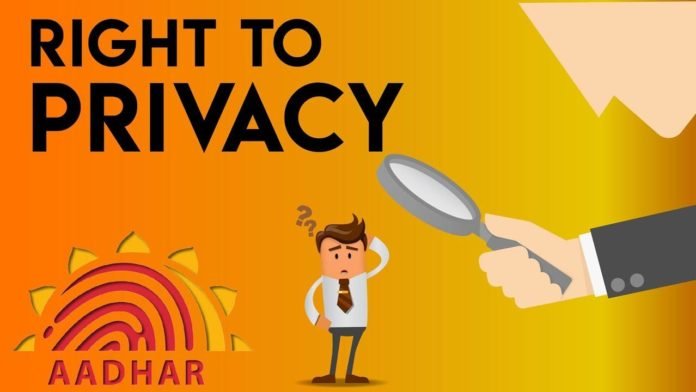 9:0 judgement of the Constitution Bench of Supreme Court in favour of Right to Privacy with “Terms & Conditions Apply” attached, is one of the most hilarious declarations that Digital Bharata could have visualised. And the Court have made themselves a laughing stock by wasting so much judicial time and tax-payer’s money in adjudicating the frivolous petition.

The moment you introduce yourself to anyone, your privacy is diluted !! As a matter of fact, indeed !!

For every financial / non-financial benefit / admission, you have to fill up forms providing all details.
Where does your privacy exist ?

No institution / organisation shall deal with you unless your identity is very well known to them and your credentials established beyond suspicion.
And you are crowing about your privacy !!!

You hire a taxi from Ola / Uber and your entire movement is tracked by the company through GPS.
Where does your privacy exist ?

If you run into trouble with your homo- / hetero-spouse, he / she shall howl on roads, matter shall go to court and every issue shall be discussed threadbare.
Where does your privacy exist ?

Then there are private detective agencies that people engage for various purposes. Government cannot regulate them. So anybody’s so-called privacy can be ripped apart for a certain amount of money.

RahulG goes abroad leaving behind his SPG guards yet Union Home Ministry knows every bit of his movement abroad. And the buffoon believes, his privacy is intact !!

SoniaG frequently goes abroad in the name of some so-called ‘medical treatment’ and Government has all details though they shall flatly deny when asked about that. And SoniaG is very happy to maintain her multi-billion dollar privacy !!

Moot point is, if somebody is determined to kill you, he / she shall certainly succeed one day !!

Finally, why should anyone be interested in puncturing your privacy ? Live a noble life, stick to your Dharma, live like an ascetic… never harm anyone, then nobody shall be interested in prying into your personal details.