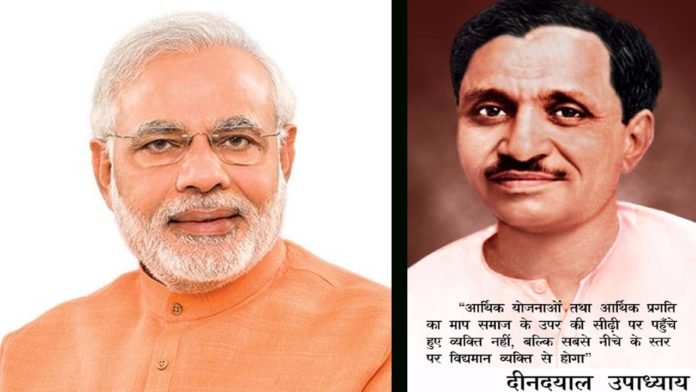 Communism / Socialist economic theory failed miserably all over the world. Countries following that absurd ideology went bankrupt and collapsed into pieces with USSR being the prime example of a failed State as well as economy.

In Bharata, Nehruvian Socialism converted the country into a living hell with everyone struggling to migrate to USA / Europe. US Green Card became more important than even Moksa for every Bharatiya !!

Capitalism or a sham of it, was injected into the country by Rao / MM Singh duo in 1991 after dismantling Licence-Permit / MRTPA regime. After initial ha ha hu hu, every development came to a naught. Miseries / poverty started piling up and we were almost back to square one. Poor suffered like anything.

PM Modi followed socio-economic doctrine of Ekatma Manavavada enunciated by Pt. Deendayal Upadhyaya and the economy turned around so decisively that Bharata became fastest growing economy in just a span of three years. It is a great feat also because there is not a single economy anywhere in the world that has been growing steadily owing to worldwide recession these years. Bharatiya economy has proved to be akin to Party’s symbol ‘Kamal’, standing aloft amidst swamp and slush of ruined economies all around us.

The unique economic achievement must be highlighted by all our senior leaders striking at roots of bogus ideologies of Capitalism / Communism. These points must be hammered again and again so that innocent / gullible citizens of the nation are not hoodwinked / deceived again.

Had the philosophy of Ekatma Manavavada been developed by some blue-eyed Caucasian Gora, he would have certainly been awarded Nobel Prize in Economics. It was accomplished by a simple looking ascetic who consumed himself for the sake of the nation and he was a Hindu, so he did not deserve that international honour !!