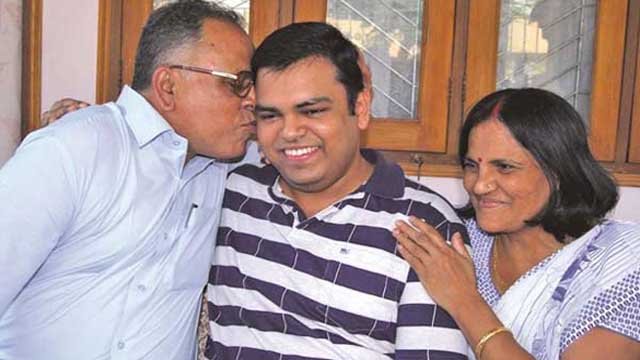 After watching suicide video clip of Mukesh Pande, ex-DM of Buxur, I am constrained to record my observations as acidly as possible. Not because I love to be harsh, but for the reason that unless it is “as a matter of fact”, Brahmana-Buddhi may not take it seriously at all.

Let me bluntly tell all Tiwaris / Tripathis / Mishras / Shuklas / Pandeys / Ojhas / Dubeys / Choubeys / Chaturvedis… that if your son is selected for IAS / IPS, your ‘Aukaat’ does NOT change at all. Your ‘Aukaat’ remains the same. If you ever tried to cross limits of your real ‘Aukaat’ after your son is selected for exalted Sarkari naukari, tragedies like suicide, divorce, split family, marital discord etc. shall fall upon you uninvited and compulsorily.

Mukesh Pande must have been brought up like a ‘Ladla babbu’ of Amma / Babuji, never allowed to grow up naturally by pushing him around too much, lot of ‘Ammaji / Babuji ke Sapane’ thrust upon him, pressured him to attempt for IAS without ever asking him which career he would love to join… then selected, lot of celebrations and bragging around…

Then Amma / Babuji started looking for a suitable match for him… suitable means who can offer highest amount of dowry, now that ‘Amma / Babuji ke Sapane’ have to be realised !! No other factor was / is considered. Daughter of a wealthy businessman was selected as huge amount of money is offered, overnight standard of boy’s family is attempted to be raised.

Now the IAS / IPS boy, son of some Chaparasi / petty babu, who is still a Pappu at mental level, marries a dynamic, forward looking girl who wishes to make best out of life or a wealthy girl who wants to live life in her own way…. there lies seed of friction / tension / divorce / suicides, even murders while ‘Bhikhamangas’ Ammaji / Babuji are very happy with the hefty dowry and car / wall-hanging TV etc. that they received as ‘retirement benefits’ at the end of a long haul of abject / wretched life which they believe, they deserved.

So you saw, their real ‘Aukaat’ had not changed at all. However, Amma / Babuji / Bhaiya and Didi thought, their ‘Aukaat’ has crossed even Himalayas with one IAS / IPS in the family !!! Family standards rise slowly, generation by generation. It is impossible to be brought up overnight in a single move.

Such Brahmanas are in reality, Shudras, not Brahmans at all. Boys are suppressed like anything, daughters are pampered like anything, Brahman-wife continuously curses her in-laws / husband irrespective of their merits….. Brahmans have become thoughtless animals with all wild habits. And that is the reason, brilliant Brahman girls mostly prefer to marry non-Brahman boys, Brahmans are ridiculed and insulted very often and what not.

If Brahmans are able to derive any lesson out of these factual observations, purpose of the post shall be served. If any Brahman feels bad about the post, it means, the post is directly addressed to him / her. Simple as that.