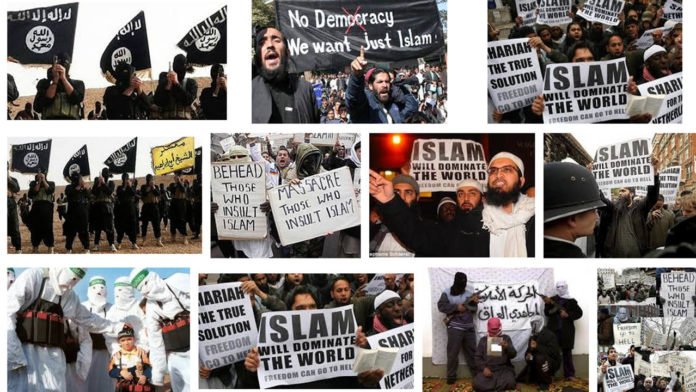 Day before yesterday once again we had few army personnels laying down their lives in Kashmir and once again my friends ask me HOW LONG WILL IT CONTINUE LIKE THIS.

Every time the armed forces kill the terrorists we shout our lungs out ; AUR DO KO HURRON KE PASS BHEJ DIYA and feel happy as if this is going to end TERRORISM in Kashmir.

Had it been like this the Terrorism in Kashmir would have finished long back because till now almost .25000 terrorists have been killed till now.

The question then arises is ; if so many have been killed till now and terrorism is nowhere near end then what has allowed terrorism to sustain itself for so long.

It was known to all.

Open up old files with the Govt of India and one would find even the names of NGOs that are associated with Hurriyat and their modus operandi.

Sadly our Politicians all these years were either cowards or had some vested interest in the continuation of this turmoil.

One, Terrorism is a business with a wide spread network, Everyone right from the Guide who helps the terrorists to cross LC or Border, to those who provide shelter to terrorists, to hundreds of informers, to Village head where terrorists are ofered shelter, to Battery of lawyers who take up terrorists cause in courts, to NGOs who take up fake Human rights violations issues against Security forces, to media men who help in carrying out propaganda against Indian army, to Stone pelters, to those who circulate messages, to the maulanas sitting in mosques who preach radical islam, to those who organise all this and finally the terrorists, THEY are all paid.

Thus one can see how the funds must be flowing and the colossal amount of funds that must have been supplied all these years. It is therefore, unbelievable that our ENFORCEMENT DIRECOTRATE and NIA formed by Chiddu idiot had no idea of all this. And if they had really no idea Then they need to be Penalised for Dereliction of duty. In 2002, the monthly budget of Hijbul Mujahideen used to be almost 70 lacs.

Two, The Indian Political class had left it to the army to fight the terrorists and felt shy of synergising the efforts of all other agencies. The Judiciary , the Enforcement directorate, the Income tax deptt, the NIA etc which are the arms of the Govt could have operated in tandem but all these years they did not. Even now the Indian Judiciary has not woken up and is not willing to take this issue of terrorism seriously.

Three, We overlooked the MASJID POWER and as a result today we find ourselves at cross roads where these same radicalised people after driving Pandits from valley are now doubting our secular credentials and are able to fill the ranks of the Jehadi organisations.

Fortunately, the current Govt has taken a stern action through NIA against those who have been financially sustaining terrorism in valley, but it needs to take this to a logical conclusion and annihilate them totally. If the Govt leaves it half way thinking that they have driven home a point then the same leaders will once again be back to their treacherous ways.

Secondly, the Govt has to put a tight control on the Masjid power. Although it won’t be easy but this has to be done because without that happening the Radical elements will always keep cropping up.