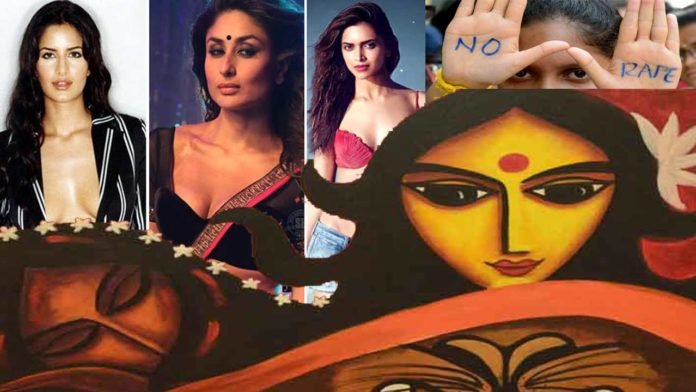 We as a nation, had brutally killed the girl, we destroyed a human life, we all are collectively guilty and we all must be ashamed of it.

Given the hard-headed character that Isvara  has made me, I would like to voice my unadulterated views on the subject for the benefit of all or otherwise !!! I happen to be mercilessly gender-unbiased, ruthlessly gender-neutral, a weird characteristic that many woman find highly provocative as they are used to being pampered, adored and admired for right as well as wrong reasons, uninterruptedly. At the end of this blog, if they wish to abuse / condemn / admire / adore me, they shall be doing so absolutely at their own risk and responsibility !!

Let me begin with the views of the RSS Chief that rape does not exist in Bharata, it exists in India. The statement is absolutely correct, deadly on the target. When values of Bharatvarsa  prevailed in the country, rapes were unknown. Only when Bharatvarsa  was bullied into becoming India by the colonial-despots / communist-crooks / Nehru-Gandhi-Vadra Dynasty / Congress-traitors, all sorts of heinous crimes started including gang-rapes. And the remark has been interestingly twisted by so-called ‘Secular-Intellectuals’ into an issue of rural-urban divide.

Next is the statement of MP minister saying Sita  must not transgress her limits…certainly limits for men / women should be under constant modification and revision yet, at the end of the day, it is absolutely mandatory that no one crosses his / her limits in all spheres of life. Wherever anyone crosses his / her limits, something unsavoury is certainly going to happen, not necessarily abduction by Ravana  every time. It is a fundamental fact of life we all must gulp down joyously or reluctantly.

Next is the Rajasthan BJP leader’s statement advising girls not to wear skirts…his message had been to wear decently, in a dignified manner. Skirt-length has been under reduction with vulgarity on rise everywhere, in media, in social gatherings… what is the harm in dressing yourself in a dignified manner ?? I am certainly NOT advising them to wear Burqa !! Skirt is certainly not a Bharatiya  apparel. Western powers are bent upon destroying cultural fabric of the nation particularly of Hindu  society. Why are we falling prey to their nefarious designs so stupidly ?? Everyone is required to be dressed decently. Forget women for a moment, if a man / youth straps himself like a rogue, starts roaming around streets, are people not going to object ? More so the same women who have been crying hoarse about skirts ?

Women are the starting point of prosperity / well-being in family / society / country as well as starting point of miseries / agonies / decline / destruction too. Hence, women shall ALWAYS invite special attention of all, come what may. This is a fact that they must accept immediately and re-configure their entire way of thinking and conduct around this fundamental reality.

Sex education is best imparted by mother to her daughter and father to his son at their impressionable age, within hallowed precincts of home with utmost dignity and seriousness. Imparting sex-education in class-room amidst giggles and cat-calls is utterly an absurd idea, rather a reward of the concept of Silly-Secularism imposed on Hindu-s by Enemies Of The Nation.

What should compulsorily be imparted in classrooms is Yoga  education. But secularists / communists would howl and yell their lungs out because those traitors shall then, not be able to transplant absurd, idiotic and criminal ideology of Marxism-Secularism after creating vacuum in thousands of impressionable minds. That’s the crux of the matter. They yelled and howled at NDA Government when they did a serious effort to detoxify education system, purge it of the sinister ideologies and revert to the glorious values of Sanatana Vedanta Darsana.

If the exercise of Pranayama  is rendered compulsory in schools / jails, it shall bring about tremendous transformation in people. Through Pranayama  ALONE, Testosterone (male hormone or Bull hormone !!) are brought under control and through that, mind / senses. This transformation CANNOT be brought about even by Yogic  exercises. If every boy / girl / prisoner is compulsorily made to practise Pranayama  for an hour a day, crime shall decline drastically, even beyond belief. Results shall be so miraculous that you shall find steady streams of so-called western scholars from so-called elite / Ivy League institutions making a beeline to study the phenomenon with eyes amazed in wonder. There shall be no need for chemical castration as being demanded often, to reduce heightened male-hormone level in two-legged ‘belagaam-bulls’ !!

Gender sensitisation can best be done again, by parents. Only if the so-called modern women of skirt / lip-stick / yeah-yeah brigade teach their teenage boys to respect girls / women, treat their wives equally when they grow-up and marry, gender crisis shall disappear in just one generation. No other sensitisation programme shall be as powerful as the one imparted by young parents unto their teenagers. Tell me, how many mothers you know who taught their sons to love, respect and treat their wives equally…for the fear of losing tenacious hold over their sons !! And that is the root-cause of all gender related problems.

Vulgarity in media and Bollywood movies must be ruthlessly curbed. Raj Kapoor / Devananda / Dilip Kumar / Amitabh Bacchan have been simply acting like eve-teasers / molesters / stalkers on the silver screen and stupid people go gag a watching these clownish jokers !! And members of the so-called lip-stick brigade do not object at all !! Kundanlal Sahgal of yester years glorified boozing with his weeping, lachrymose lyrics !! What are these values that we have been inculcating ? What sort of art or entertainment is all that ? Except alumni of National School of Drama, how many of them really know the art of acting ?? We must be rigid about not glorifying these acts anywhere if we do not want youth to emulate them. If VHP / Bajarang Dal protest against vulgarity in the name of Valentine Day, why then so many women harp on fundamental right of freedom instead of supporting them wholeheartedly ? If members of a certain brigade claim women / girls enjoy every personal liberty, well then, criminals too enjoy every personal liberty to commit crime upon them !!!!

If women are now demanding guns to shoot molesters / rapists in self-defence, so be that. It must be delivered to them immediately. Let blood of a few molesters / rapists flow on streets across the nation as a measure of shock-therapy, to stun them into decent conduct before long term measures begin delivering positive results if adopted.

Nation have been suffering from a deadly disease of acute THOUGHTLESSNESS / MINDLESSNESS / BRAINLESSNESS. The malaise is chronic and acute, demands drastic remedial measures some of which are listed above. Several more may be added as remedial measures for the benefit of all as the catalogue of such measures can never be regarded complete.