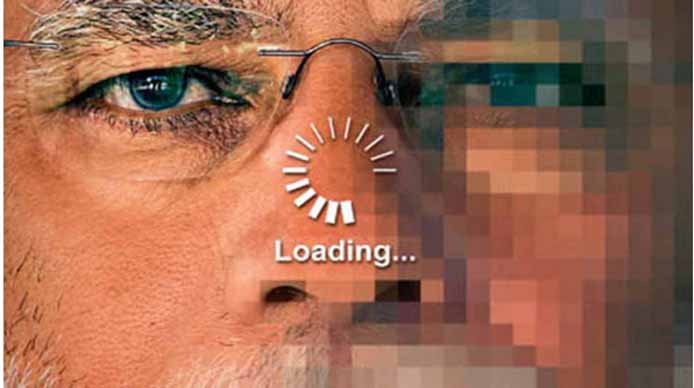 For many many years there have been just two issues on which ELECTIONS WERE FOUGHT in India ; SECULARISM AND CASTEISM.

Never I remember since my childhood that elections were fought on issues like ; DEVELOPMENT, SECURITY, TERRORISM, FOREIGN POLICY, HEALTH CARE, POWER SITUATION etc.

As these issues were never on top of our wish list we elected leaders who could only hide their incompetence behind the veil of SECULARISM and Casteism.

All they had to do before the elections was ENGINEER A COMMUNAL RIOT or BEAT UP A POOR DALIT , thereby causing a panic and compelling them to vote for a particular party. They were Ghettoised by the Politicians.

As such Democracy is more about REPRESENTATION rather than Merit.

However, things started changing a bit after 1990 reforms which improved the earnings and also increase the numbers of Middle class population which started aspiring for better things in life.

One can make a safe assumption also that armed with the BRAHM ASTR of SECULARISM and CASTEISM These CMs and PMs never felt the need to reform. For eg the BENAMI PROPERTY ACT WAS NOT NOTIFIED SINCE 2009 . Digvijay Singh once said ; NARMADA WATER CAN NOT BE BROUGHT TO BHOPAL AS IT IS TECHNOLOGICALY NOT POSSIBLE, However, within 5 years of his leaving the next Govt achieved this deemed to be IMPOSSIBLE task.

But When in 10 years Gujarat became a Power surplus state, became a manufacturing hub of India, showed great progress in agriculture which was originally a non agricultural state, when even the SC had to convey the states to follow the Gujarat method of land reforms it caught the imagination of many Indians who were looking for someone Dynamic who could change things around.

Since the time Indians made this choice and brought Modiji as PM , State after State are falling into the lap of BJP. Today barring a few states one would find BJP every where. This has been a cause of rejoicing for many but there are certain questions that need to be asked ;

One, Has it made any difference to the overall Governance ; Health care, Corruption in states, Judicary, law enforcement, Policing, Power, Roads, Safety and security etc etc ?. If it is by and large been the same then we need to ask ; How long will it take for the BJP to undo the evil done by the previous Govts who as said earlier could not think beyond CASTE and SECULARISM or Gradually it is going to be Congressised.

Two, The Muslims which are almost 19 crores now are being increasingly marginalised and largely have no representation in the states as well as in Parliament. More over the relations between the Majority and Muslim population has been under strain since the time Muslim kings started usurping Hindu institutions. The communal riots between the two communities have been continuing right from almost early 1900 and therefore, one can safely say that ; WE HAVE BEEN LIVING TOGETHR FOR CENTURIES BUT SEPRATELY.

So, with Muslims getting marginalised ;

Is there not a Possibility of Owaisi like characters gaining ground ? Like, Jinnah who after Bapu’s advent in Indian politics felt marginalised because of his Drawing Room style Politics and so had migrated to London to come back in late 30s with more venom, that finally led to the civil war, riots and partition.

So, as Jaswant Singh had explained the US diplomats on the issue of Kashmiri Muslims separatist demand, that ; Muslims reside in every tehsil and district of India and you can neither throw them in Indian ocean nor entertain their separatist demands.

We, therefore need to be careful when we resort to Muslim bashing who are our fellow countrymen.