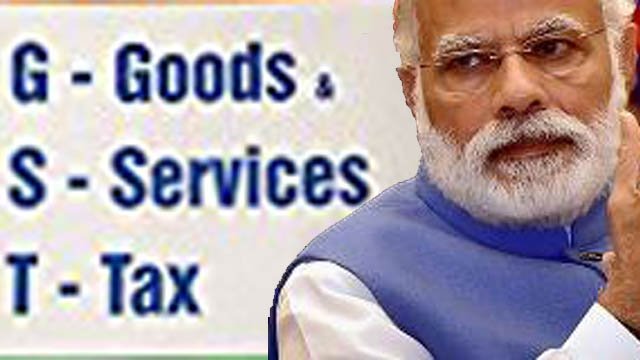 Mid-night tryst with nation’s status as a developed one was a historic one. I am sure, this tryst shall outshine the first one that fizzled out within no time and the nation was left in tatters, only with the rhetoric to eat, drink and be merry!

It was a long drawn battle spanning three years after your installation as PM and concluded to it’s logical end in a most dignified manner by the Finance Minister without causing even an iota of friction, attrition or disruption anywhere in the country. There have been a few suffering from acute inferiority complex as well as monumental immaturity who were hell-bent to remain discontented and drew immense satisfaction in boycotting the historic mid-night tryst. There was another set of people to boycott whose loyalties lay somewhere else. They are all pettyfogging people with a miniaturized mind who should never have been in politics at all. I wish them to disappear from the country earliest possible.

This mid-night tryst was a tryst of integration and consolidation of the nation from ‘unity in diversity’ to ‘unity in unity’ alone.

GST is environment friendly too, earning Carbon credits for the country as Octroi Nakas go into oblivion and innumerable trucks save shiploads of diesel / petrol being burned for nothing. This is a tremendous benefit that no one has highlighted in his / her speech. ‘One Nation, One Tax’ is fine but my mind is more focused on ‘One PM With Absolute Majority, One Nation, One Tax’ to reckon with !! That is the real Mantra that is driving Prophets of Doom & Gloom crazy, Mr. Prime Minister. My best wishes are always with you for the auspicious deed.

Three year tenure of your’s so far has been absolutely flawless, not a single issue on which your Government could have been berated in spite of my being exceedingly cruel and ruthless in assessing politicians and declared it so widely in social media on completion of 3 years. I am well aware, I run a serious risk of being derided as being a ‘Modi-Bhakta’ despite the fact that I happen to be an ardent ‘Bharata-Bhakta’, neither ‘Modi-Bhakta’ nor ‘Any other-Bhakta’ !!

Your speaking in national language at the White House standing right next to President Trump was really a heart-warming spectacle. More so was the reference “from Attock to Cuttack”, a clarion call for ‘Akhanda Bharata’ that has to be realized sooner than later.

Two CMs in the country have now transformed themselves into security hazards. They may soon be eligible to be arrested under National Security Act as States under their tutelage are drifting towards complete anarchy and blood-bath all around. Why can’t Centre intervene directly and arrest the downward drift in these two States ? If Hindus are going to be persecuted in their own country, that is a very unfortunate situation Mr. Prime Minister.

Why should two foreign religions be imposed upon the country in the name of secularism and destroy original Hindu heritage after demolishing some 3000 temples, vast tracts of land forcibly captured by them from Hindus, runaway conversion spree allowed coupled with blatant anti-nationalism ? Why should a foreigner be allowed to head a political party in the country ? Why should donations received in temples be siphoned off to Masjids / Churches ? Remedial action is more than urgent in this regard, Mr. Prime Minister.

Large number of appointments have been done in various responsible positions in favour of those who do not deserve that at all. Affiliations alone are not enough to justify an appointment. Eligibility criteria are of paramount significance and that must not be ignored otherwise it will be more of a degradation than improvement after such people are appointed and installed.

I knew a senior banker, now no more, who dodged every Jagannath Pahadia of Loan-Mela fame by demanding 10 year income-tax history from every Neta who approached him for bank loan with dubious investment proposals !!! If transferred as a consequence, he gladly ever accepted that. Thus he saved crores of public money with banks, going down the drain during his entire career spanning 60s to 80s and enjoyed every complaint against him lodged upto UN Secy. General Dr. Kurt Waldheim !! Your Govt. must hunt for such people for manning crucial positions in Government bodies and allow them to work freely. If you must engage Intelligence Bureau to spot such people, kindly do that. Then, it will be difficult to count number of miracles happening in the country, Mr. Prime Minister and then nobody will know definitions of NPAs / inefficiency / dereliction of duty etc.