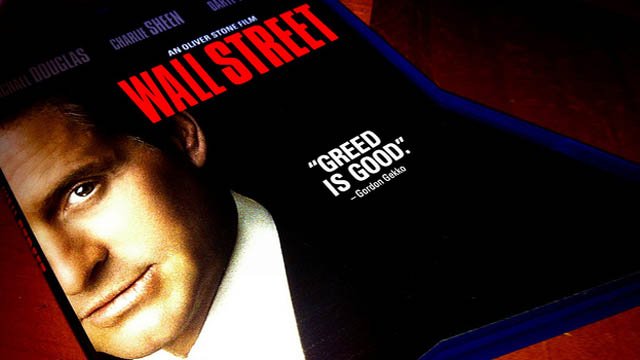 Large scale thievery of rare earth minerals reported during UPA rule from southern Indian coast was engineered by selfish American lobbies championing US causes. Probably that was the pre-condition before signing Bharata-US Civil Nuclear Agreement. They even wished to destroy the Rama Setu  for the purpose of mining those rare earths in connivance with downright corrupt Indian bureaucrats and anti-national politicians.

Wal-Mart have been accused of paying some Rs. 125 Crores on lobbying with Bharatiya authorities for entry into lucrative Bharatiya retail market worth $500 Billions.

Nefarious business activities of Enron are too well known. Mercifully the company sunk into the Arabian Ocean for the betterment of the world !!

All US corporate entities can go to any extent to increase their profits putting much tom tommed rules of business ethics to shame. They do not mind even destroying environment of the country concerned.

All these corporate strategies are in all probability, crafted deviously by US consultants. Most prominent name that appears on the horizon happens to be McKinsey & Co.

So called largest consultants in the world, McKinsey’s Consultants always championed strategies which are arguably of no significance. For instance, their focus on Core Competence, divesting from diversification strategies is one of the most debatable / controversial strategies that they peddle. Through this strategy, they tell you time of the day / night after taking away your watch ! That is probably the hidden purpose of most of the consultancies across America.

Two McKinsey Consultants, Tom Peters and Robert Waterman wrote IN SEARCH OF EXCELLENCE based of research which they admitted, was concocted. Endless greed and an endless chase for more, causes championed by father of capitalism Adam Smith and other wannabe champions like Ayn Rand, causes made famous much later by the character of Gordon Gekko in the movie WALL STREET with his powerful line ,”GREED IS GOOD”, is the real American religion.

All American ills are caused by this philosophy of “GREED IS GOOD”.

First recorded greed related madness was in 1630s in the form of TULIPOMANIA when Dutch thought there would be an endless demand of their Tulips in the whole world ! One tulip bulb could be exchanged for a new carriage with two grey horses and a complete harness !!!!!!

Next was the 1849 California Gold Rush that developed California but killed 1,00,000 native tribal Indians.

Great Depression of 1929 is yet another example of American greed surpassing all human limits, setting newer benchmark to be emulated by the next generation.

Our generation witnessed great dotcom bust with massive recession of 2008.

Capitalism is full of such desperate situations because of the greed, madness…only a few become rich while majority remains poor, then bust follows.

Americans lead by miles in corporate and white-collar crimes. From Madoff Ponzi scheme to doctors doctoring diseases to corner more insurance money, tobacco companies hiding and manipulating research proving carcinogenicity to earn billions, religious frauds, cyber space frauds polishing off money from people’s credit card, fake financial Guru-s to Enron, insider trading scam of Galleon Group involving Rajat Gupta are some of the sterling examples. American greed is ably symbolised by the ratio of compensation between an American CEO and his worker i.e. in the order of 300:1 !!!!! When companies recover from recession, they just do not take back those fired earlier, into employment.

If Goldman Sachs were precariously poised financially and their adorable Director Rajat Gupta holding degrees from IIT, Delhi and the so-called prestigious Harvard Business School were compelled to accept rewards of their American greed, they just deserved that.

Their entire opposition to incumbent Prime Minister Modi had been based on his action of banning conversion of innocent Gujarat tribals to Christianity through fraud and deceit when he was state Chief Minister, by malevolent American missionaries. For such nefarious intents, they enacted a law, International Freedom of Religion Act 1998, revoked his Visa and banned his entry into USA as a private individual. Who are they to enact laws in their damned parliament and impose that upon the world ? Who are they to worry about religious freedom in other countries ? To ensure American Gunda-ism, they constituted UN, World Bank, IMF and so many other bodies like WTO, GATT. They all work in tandem with the sole purpose to bully the world.

Coming back to the issue of banning entry of PM Modi into America, reason officially proffered by them had been Gujarat 2002 riots !! Since when have they been in love with Muslims ? What is their own track-record in dealing with Muslims in USA itself ?

That is the seamier side of the so-called most powerful country in the world, United States of America. The bubble-upsurge has already burst and the downward sinking has started.

Long ago, way back in 1982, my Professor of Business Mathematics and Operations Research used to say in class-room with a twinkle in his eyes, “99% AMERICANS ARE 100% IDIOTS”. How ironical, how true was he !! Perfectly on dot.

They urgently need to learn some lessons of enlightenment on Samyama, Yajna…holistic way of life !!!!!