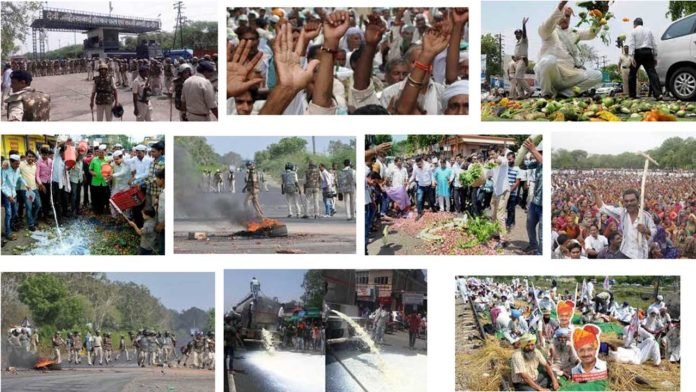 The Indian administrative machinery is defunct and corrupt and that needs no description and explanation. Even a few foreigners have criticized the Indian bureaucracy which manages the administration ; Lee Kuan Yew, the architect of Singapore also did not spare them.

Many a times their arrogance, indifference, ineffectiveness and callousness has been revealed on media, but it has made little difference. They are almost the same every where, in all the states.

The administrative machinery has reached such a level of degradation and ineffectiveness that ;

The Commissioner has lost his importance. Recently, A Commissioner of …….. division wrote a letter to the Collector as well as the Tehsildar directing them to take certain action, But both of them took no action, Rather when they were showed the letter, that the Commissioner had written , that person was shooed away. By the Tehsildar and was curtly told; BAAD ME AANA.

Second, Except a few States like Mahrashtra, MP, Rajasthan and Gujarat none of the other states have set up the Real Estate Regulatory authority despite Central Govt giving them 3 months to Register the Builders as per the new REAL ESTATE REGULATORY ACT made by the Central Govt, which would help us all and rein in the BUILDERS.

So, if the Commissioner of a Division has no importance in the eyes of his team members and the State Govts do not find the urgency to meet the needs of their own citizens then how can the administrative machinery work and how can our lives become better.

Therefore, No wonder, our Health care services, education, water supply services etc in almost all the states are in a pathetic state even after 70 years. Everyone; The Builders, the contractors, the advocates, the Judges, the electricity Board employees take the common man for a ride.

A huge battery of IAS and IPS officers, The Tehsildars, The BDOs, the DMs, the Judges and the political leaders who have been responsible for governance of this country, living in palatial houses and drawing fat salaries have to share the blame for making our lives miserable. An Office peon in the Govt today earns almost 20000-25000/month. This is a mockery, because, out on the street one has to really toil hard the whole day to earn 10000/month.

The State Govts have just got their hands off from every responsibility. For education the state conveniently presumes that we would be sending our children to private schools and private colleges as it has failed to run its educational institutions, for electricity it expects us to buy a generator or an inverter as the State run Electricity Boards can not provide power 24 hours. For health care its now an unwritten code please visit private nursing homes as Govt Hospitals can not be trusted. Even the poor avoid them. For water every citizen is expected to get a bore well dug in the back yard of the house and buy a water purifier as the State can not provide safe drinking water.

The recent incidents of Jat agitation, Kisan agitation etc reveal that the system does not function automatically but it prefers to Play safe.

The administrative machinery has become so dependent on the Political Boss that the ADMINISTRATOR does not act till he gets Clearance from his Political Boss.

The Police and The District administration takes no action or it plays safe till they get Green signal from the CM of the state or the local MLA/ MP.

As a result the Govt machinery seems to be lethargic for the common man and gets mobilized only when the Political bosses decide to do so.

It has rather become so lethargic that it only gets started when kicked by the POLITICAL BOSSES.

Why is it that it does not work automatically ?
Why is it so dependent on the Political Bosses?.
Why are the rules bent for political vested interests?
The reason is simple ; The political Boss is always worried of his elections and sees everything from the PRISM OF ELECTIONS.
So,
When his rowdy Voters squat on rail tracks and stop the trains,
When His rowdy Voters squat on the Highways and burn cars and trucks and molest women.

The entire ADMINISTRATIVE MACHINERY Watches this drama as a witness helplessly,
The Opposition supports this saying it is the democratic rights of the Voter to protest EVEN if this right is performed by those rowdy Voters by burning buses , trucks and cars and beating innocents.

And the Ruling Political Boss worries about his Election prospects/ implications.
In this tussle between the Opposition and the Ruling party and the Play Safe attitude of ADMINISTRATIVE MACHINERY, the Common man, who is a law abiding citizen, and the tax payer is left alone to fend for himself.
The common man residing in a city is NO ONES’ BABY, particularly if he is NOT A MUSLIM or a DALIT.