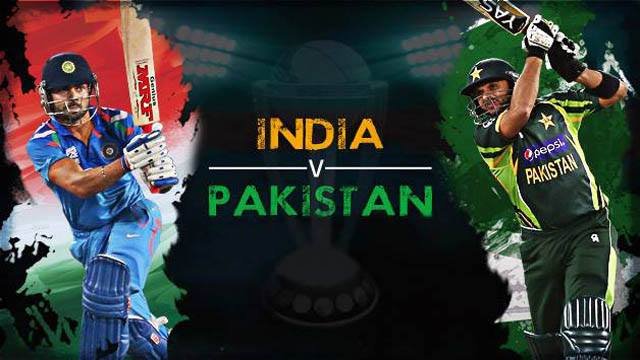 The subcontinent has a very complex history. It means different things to different people.

When Hindus claim continuity and take pride in thousands of years old Indus- Saraswati civilisation, Muslims look up to medieval History and take pride; that their ancestors built Tajmahal, Red fort etc and ruled over the subcontinent, the people of Tamilnadu feel that they were the ones who had occupied entire subcontinent and the Vedic people came from west and drove them to one far end of the subcontinent ; Tamilnadu.

Despite all these funny claims, the truth is ; there has not been any large scale immigration from out side sub continent for last 10000 years and our R1A1 gene is purely Indian. So, be it a Dalit or a Rajput or a Dravid or a Brahmin or a Muslim we all are same. None of us have genes from Saudi Arabia or Iran or Iraq or Germany.

So the millions of Muslims residing here are actually Indians and are basically convertees and have nothing in common with Osama Bin Laden or Sheikhs. They can take pleasure by keeping beards, wearing short payjamas, and skull caps to look different and identify themselves with Arabians but actually from within they are SHARMA , Verma or Pandey or Sonkar or Swamynathan or Murlidharan or Mukherjee and so on.

So, its futile for Muslims to look towards west to seek happiness in life. Because it only creates identity crisis, within.

Thus, When these people burst crackers to derive happiness when India loses, one can only laugh at their idiocy and stupidity. Because, they , even after 70 years, still the same, unchanged and are in a habit of viewing things from the prism of Religion. Why do they behave like Pakistani muslims, is incomprehensible. Pakistan would give award to Mohd Yusuf @ Dilip Kumar and Naseeruddin Shah but feel shy of organising a concert for Lata Mangeshkar or award Amitabh Bacchan.

India despite its democratic norms and large heartedness has not been able to assimilate the muslims who have been residing here for hundreds of years and their ancestors lived here thousands of years back.Some one very rightly said ; Hindus and Muslims have been living here together for centuries BUT SEPERATELY.

Is it their failure or ours is a debatable issue.

I am at a loss to understand WHAT BROUGHT HAPPINESS TO THEM after Pakistan won the match, that they started bursting crackers. Even Pakistan’s newspaper wrote that Indian muslims celebrated Pakistan victory after their own country had lost.

So, even the country i.e PAKISTAN , which they love dearly identifies them as Indian muslims.

Although we have, In Hindi dictionary, a word to describe such behaviour , but it would be harsh on my part to mention it publicly and would like to refrain from using it.

At the same time to categorise that only the right wing Hindu fundamentalists got disturbed with this behaviour of some muslims would mean that we are trying to justify this act, and pretending that it is trivial in nature and , such a behaviour does not matter to the majority Indians.

As a matter of fact I think it matters, thats why so many from Bangalore, from Mumbai, from MP etc have tweeted about the fireworks in muslim dominated areas after the match and ostensibly many of them have been arrested, also.

Yes, may be these are fringe and radicalised elements of the muslim community but because they did it openly indicates that the silent majority was irrelevant and quietly watched the drama, probably they provided a tacit support to these fringe elements.

And this has some serious implications and more so for Muslims.

Since the time Modiji has come to power, what was hidden within the four walls of their houses, for last many decades, has now been exposed and it is all visible on tweets and Face book. Their comments on the Govt’s performance and on Modiji are very predictable and indicate their frustration.

My suggestion to this frustrated community is to understand the changes taking place around and adapt ;

One, As India develops economically and becomes urbanised more and more people would search for their Identity and roots and so despite the best of efforts of Cong and Laloos, Mulayams, and Maywatis Indians can not be kept under perennial poverty and deprivation and be taught concocted history.

Two, The Middle class is going to expand and increase in numbers and once that happens, their aspirations would grow, the Indians would become more assertive, if not aggressive and hence those who resort to and support this kind of irrrationale ( ANTI NATIONAL ) behaviour are going to get marginalised. We have the examples of Rajdeep Sardesai, BDs and a huge loss in UP elections where Muslims could not play any role in the formation of Govt, indicates that such people are fast losing their relevance and are getting marginalised.

Three, The more they display this kind of behaviour, the more problems they are going to create for their whole community. As such due to the rise in Islamic fundamentalism and islamic terrorism, they have already caused a great damage to their community, world over. They are fast losing the sympathy of the people around.

It is for the community to look within and find answers to this problem.

Is it because , there is discrimination against muslims and No one gives them a job. If Yes, then why are they being discriminated and no one wants to give them a Job. They need to find an answer. Why doesn’t it happen against Christians and Sikhs and even against Buddhists and Parsis. Will such acts not encourage discrimination?

Two, Is it because they lack necessary skills and education that they find difficult to get jobs. If yes, then what stops them to get educated and acquire necessary skills.

Three, Is it because, many of them feel that they should not be serving under a Kafir and take orders from a KAFIR.

Four, Is it because in some jobs they may have to swear allegiance to the COUNTRY and they feel reluctant to do that.

Five, Is it because, they prefer their independence and want to create their own distinct identity and do not wish to be part of the Indian society.

Whatever, may be the reason, if they continue to display such irrationale behaviour, not only it would make irreparable damage to trust and harmony but will bring entire India together against them and as a result they will be politically and socially marginalised.

The silent majority must act and not only pay lip service and criticise such acts on media just for the sake of it but within the community such people airing anti India views must be shunned by them.