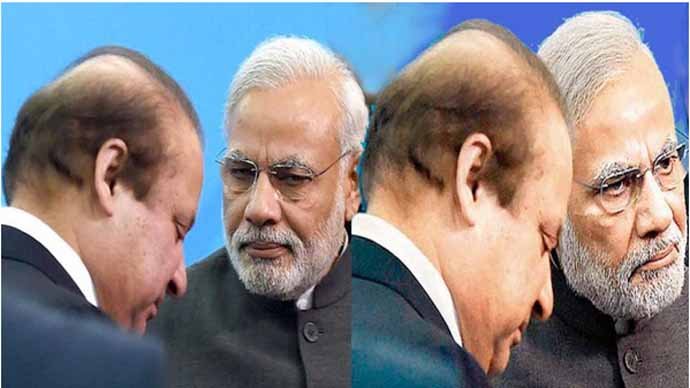 Suddenly you find many arm chair scholars, self acclaimed Pak experts and Apostle of Peace who are hell bent on talking to Pakistan.

It is worth asking them a few questions.

What were these advocates of talks doing for last 27 years?

Or is this need felt now?

Was there any reduction in terrorism after we talked to them?

If they say Yes, there was reduction in terrorism, then let me remind them that during 2003 to 2013 there were almost 70 terror attacks that took place all over India. And I am not including attacks by naxalites and those that took place in Kashmir.

Astonishingly, in last 3 years terrorists have not been able to cross PATHANKOT. So, the current Govt must be appreciated for this achievement, because this has happened without TALKING TO PAKISTAN.

Why is it that some insist that Problem can only be resolved by talks and Who are these advocates of peace ?

Why is it necessary that we should fall back to the same old strategy of talking to Pakistan when we know IT DOES NOT LEAD US ANYWHERE?

Why shouldn’t the Govt be allowed to adopt a different strategy this time?

The answer to this is ;
One, This is the same GANG which was involved in AWARD WAPASI and all kinds of rumour mongering and propaganda like ; Intolerance etc.

Two, this is the same gang which wants the current Govt to be let down on this complex issue for their own vested Political purpose. And If the current Govt decides to talk to Pakistan, these same very people will start targeting the current Govt and miss no opportunity to criticise and ridicule the Govt for flip flop on Pakistan.

Three, Or May be some of them want India to negotiate with Pakistan and with terrorists from a weaker position so that they get best deal possible.

Four, I have always felt that whenever the previous Govts took a decision to start Talks with Pakistan which is a branded terrorist state and is acknowledged by world, as such, it in a way helped Pakistan to restore its damaged image and lessened its isolation in the world. Because, when you talk to them it legitimises in some way the Proxy war that it is engaged in. It provides them some breathing space and also once again reinvigorate them to rake up the Kashmir issue without any visible reduction in terror activities. Rather , talks eases the pressure on Pakistan to control terrorism.

In my opinion, the Govt must therefore remain firm in its stand and not succumb to any pressure of talks. We must continue to build Diplomatic pressure on Pakistan to give up Terrorism.

The Govt must keep in mind that if without gaining anything substantial on ground if it decides to talk now , that would cause lot of Embarrassment to Modiji personally and we would once again be back to SQUARE ONE.