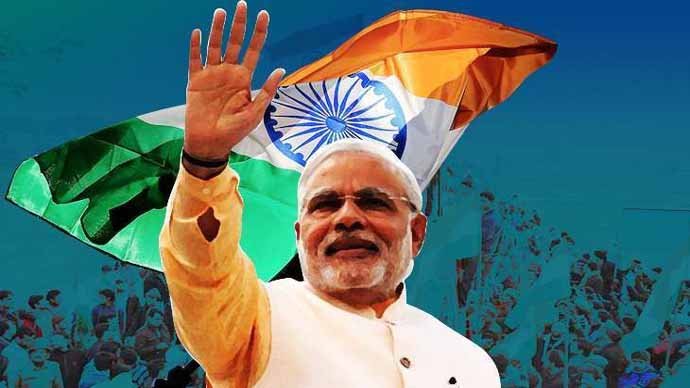 Now that several ‘big fish’ among plunderers of the country have been raided by law enforcement agencies, I along with so many in the country seriously believe your words after waiting for three years, “Nobody, howsoever high and mighty, shall be spared from the claws of laws.” I hope, punishment may or may not come in my lifetime but nation’s wealth looted by these felons, shall be recovered earliest possible. That concerns me more than their being sentenced in courts of law and imprisoned.

If a highly educated Bhadralok-Lunatic enjoys unmitigated freedom to abuse the country sitting far away across the Atlantics, RAW enjoys unrestrained freedom to hunt him / her down in his / her den and ‘tighten’ his / her screws earliest possible a la Israel before he / she tarnishes image of the country leading to diplomatic discomfiture and hurdles in negotiating treaties / agreements or inviting FDI into the country.

It is a serious offence amounting to sedition, must not be allowed to go unpunished. We should have a policy to make it very expensive / excruciatingly painful for such maverick-traitors who domicile abroad / within to abuse the country just to peddle a junk ideology or promote nefarious interests. It should be an honour to be dubbed ‘Intolerant’ on this count by such minions.

Government enjoys every right to dictate food-preferences / eating habits of country’s citizenry. When it is scientifically established, non-vegetarianism / beef-eating leads to a congeries of life-style diseases with deadliest being cancer, every disease drains national resources through Union health budget and just by switching over to vegetarianism, host of diseases can be averted to save huge quantum of tax-payer’s funds, why should Government not promote ‘Go Veg., Go Healthy’ Policy throughout the country at the earliest ?? It is a necessity whose time has arrived, Mr. Prime Minister as it goes in harmony with cow protection measures too.

What happened to so many Kabristans that Muslims have in their possession ?? There are 139 Mulla graves within Lutyens Delhi at very sensitive locations which have to be cleared immediately. If Nehru-Gandhi-Vadra dynasty had their way, they would have converted whole country into Kabristan. I am unable to perceive state of mental health of those who decided / allowed Ex-President being buried over there !!!