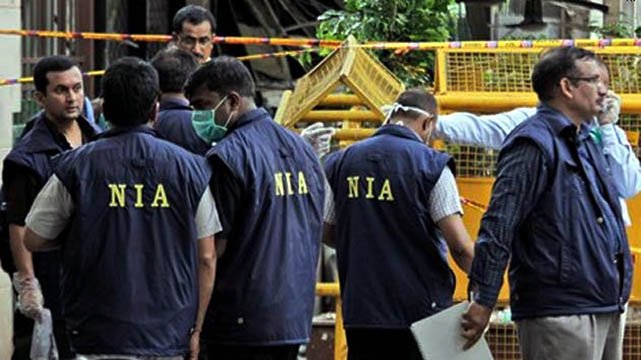 India being a democratic country has been politicised to no end. We indulge in politics in every thing that happens here. Be it over dead men, rape victims, suicides rather we even for the sake of politics not only watch people committing suicide but even encourage them to commit suicide.

In such a scenario, just imagine had this Raid by NIA been conducted a few months before.

First, Mehbooba Mufti would have created ruckus and threatened the Indian Govt.

Two, Cong and entire opposition would have called Modi a dictator who is crushing the Kashmiriyat as per RSS agenda.

It would be naive that the Govt did not have an idea of people who were involve in all this hawala business and terror funding.

But because the successive Govts did not have the courage to do what has been done now for obvious reasons i.e Its Political Fall out.
So, Govt allowed the situation to ripe.

It probably allowed Mehbooba pushed to a wall, It allowed Cong and opposition to cry loud blaming the Govt for inaction over deteriorating situation and advising the Govt to talk and rather allow the oppsoition to even go and shake hands with Geelani and seperatists,

Sadly, none of them had any idea what is coming next.

And finally the Govt struck, leaving every one dumb.

Mehbooba is confused which side to take, Cong and their Mani Shankar Iyer have been discredited for shaking hands with Hawala racketeers.

In last few days almost 14 terrrorists have been killed, few Pakistani soldiers have also been killed and now the Raids, I think now the Govt has regained initiative, But that should not be lost.

The enemy both external and within will try to strike back and try to regain initiative, they may also when repeatedly Hit send some messages through Mani Shankar Iyer types to talk peace but army teaching is Once the INITIATIVE IS GAINED DO NOT FRITTER AWAY.

Make these fools run all around.

As a Policy stick to PEACE ENFORCEMENT rather the old habit of Buying Peace.