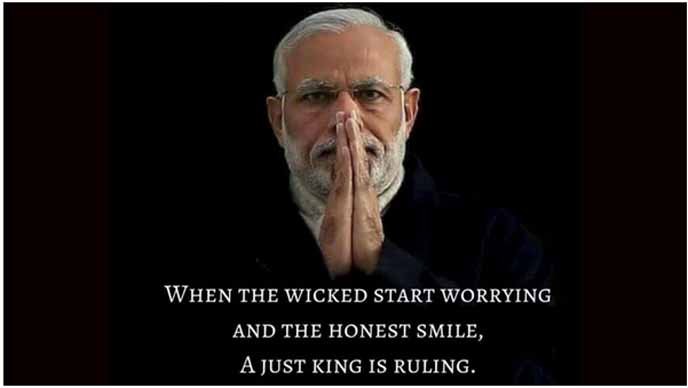 We Indians are traditionally very apologetic about violence. And there is a long historical evidence of that.

When Bhagwat Gita tells you to fight for Injsutice, Mahabharat and subsequent anecdotes tell us that How Pandavas repented the killings and violence, how each one of them had to pay for their sins, how Only Yudhistar could make it to heaven, despite having sold his wife, How and why Bhishmpitamah had to spend almost two weeks on a bed of arrows and had to under go miseries.

It is amazing that, Pandavas kept suffering miseries one after the other and pleaded Dhritrashtra just in order to ensure that matter is resolved in a peaceful manner, but could not get even an inch.

And finally all their efforts came to NAUGHT and undergoing sufferings and humiliations they had to resort to war. And then the reader is told, HOW PANDAVAS WERE REPENTING THE WAR AND LEFT THE WORDLY PLEASURES.

My point is what is the need to undergo so much of miseries when you know you are dealing with SHAKUNIS AND DURYODHANS.

Despite the Gita and Mahbharat teachings we have failed to learn this quintessential aspect of ACHIEVING PEACE and Sadly, we have been repeating the same mistakes again and again.

India was a poor country when it got its independence and there were huge problems to be resolved, So, Nehruji decided to declare unilateral ceasefire in order to BUY peace with Pakistan, Once again, Nehruji signed an INDUS WATER TREATY with Pakistan a lop sided treaty heavily in favour of Pakistan just to BUY peace, Shastriji also once again Compromised and returned all the territory including strategically important HAJIPIR Pass to BUY PEACE. But that PEACE was once again short lived like the earlier one. Thereafter Indira Gandhi, Gujral and subsequently all the PMs ; Vajpayee, MMS, and even Modiji were trying to do The same ; Buy peace with Pakistan.

One need not be apologetic about Violence if the characters involved are like Duryodhan, Shakuni, Mohd Ghori, Babar, Aurangzeb and off course Pakistan.

What we therefore need to do is ; PEACE ENFORCEMENT.

Peace enforcement requires more military capabilities. Many would criticise that it is generally unable to create lasting peace, as it does nothing to deal with the underlying problems which caused the conflict itself.

But my point is HOW CAN ONE DEAL WITH THE UNDERLYING PROBLEMS WHILE DEALING WITH DURYODHANS AND SHAKUNIS. SUCH PEOPLE CAN NEVER BE RATIONALE.

The Shakunis and Duryodhans understand only the language of FORCE.

In order to save succeeding generations from the scourge of “terrorism” we must STOP Making efforts to BUY PEACE and rather switch over to Peace Enforcement.