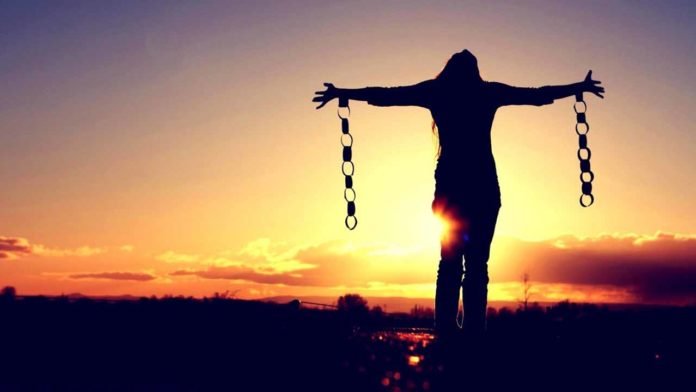 The answer is emphatic NO.

It is we who discriminate against ourselves vis. a vis. Isvara. There is a very large number of people who believe and complain that they have been short-shrifted at the hands of divine forces and perpetually hold themselves aggrieved.

Principles of Karmayoga  are constantly in operation, uninterruptedly. Whatever we sowed yesterday, we are poised to reap fruits thereof, today. Yesterday implies herein, may be any one of the past lives while today is the current one necessarily.

Lower the egoic barrier between us and the Divine Providence, higher and abundant is the flow of divine benediction. Then the egoic ones view them as the most favoured ones ! Quite interestingly, those so-called favoured ones too, with lower or no egoic barriers between them and Him, address themselves as the ‘favoured ones’ !! And rightly so.

There is a beautiful Sloka  in Narada Bhakti-Sutra  that is quite relevant in this context. It is being reproduced and elaborated as under.

Isvarasyapyabhimanadvesitvat Dainyapriyatvat Ca  II  27  II
Also, Isvara  having affinity for the humble and aversion towards proud ones  II  27  II

Humility is the state of inner being devoid of egoism of any kind whatsoever. Ahamkara  is the root of entire creation with the means of Prakrti  and cosmic journey of Jivatma  spanning innumerable lives through these creations. Ahamkara  individualises Atma  from Param Brahmatma  like an island in middle of an ocean by subduing innate universality. Divine benediction and bliss consciously do not transcend the confinement imposed around Atma  by Ahamkara. Thus, such a seeker of Absolute Bliss fails to pursue Bhakti  of the highest order.

In absence of Ahamkara  characterised by intense humility, Atma  of the seeker of Bhakti  is entirely emancipated of all confinements, completely at liberty to enjoy the supreme benediction and bliss ever flowing from Param Brahmatma  towards all. It is not true that Isvara  has affinity for some while aversion towards others.

Isvara  is equally, evenly disposed towards all, absolutely bereft of affinity or aversion of any variety / order whatsoever. It is Bhakta  alone who benignly discovers Isvara  having affinity towards him owing to the utter humility after irrevocable dissolution of Ahamkara. It is the seeker of Bhakti  alone who discovers Isvara  having aversion towards him owing to his egoic disposition towards other creations.

With his consecrated inner being absolutely devoid of Ahamkara, Bhakta  enjoys divine bliss infinitely and eternally like a ‘truly favoured one’ !!