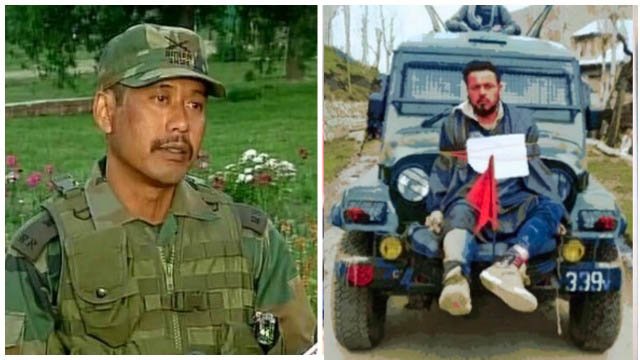 Major Gogoi of Rajasthan Rifles being honoured by the COAS is a grand news that heart-warmed so many nationalists across the country.

However, now I discover myself embittered as the same brave soldier has been forced to justify / explain his professional decisions on live TV cameras not to his bosses or Government but to a band of hardened traitors, enemies of the nation.

That is really very very unfortunate and I wonder, why it was allowed to drift that way when Government could have put their foot down eliciting an explicit message, “Hell with you all” for them. This sordid episode has rendered it crystal clear, large number of anti-nationals / traitors hiding in all sorts of crevices and corners in the country cannot be tackled through legal / judicial means and these hardened / bank-rolled from abroad criminals shall continue raising hurdles at every point to obstruct the nation. And nation cannot appear aggrieved by them with their ‘Nuisance value’ rising by the day.

Now the only option left before the nation is to allow Army a free run under AFSPA to hunt them down from their crevices anywhere in the country, pull them out by the scruff of their collars and transfix them for their transgressions, then and there.

Be they Naxalites / Maoists / Communists / Liberals / MPs / MLAs / Jounalists, any party any status. Tragedy of the scenario is that they have been following “Bleeding through thousand cuts” doctrine of ZA Bhutto from inside the country brazenly and they cock a snook at every move of the Government while media laps it up immediately.

This ‘Heroism of Anti-nationalism’ must now meet a brutal end finally. If there is a furore, we shall sit back and watch with the sham of lot of sympathy and platitudes for them.

Security forces are too precious and too honourable to be exposed in this manner publicly for a bunch of traitors / criminals. This exposure has hurt me deeply and it shall not be easy to forget it so soon.

Kindly initiate all relevant actions to eradicate possibility of recurrence of such a mood-spoiling situation in future.