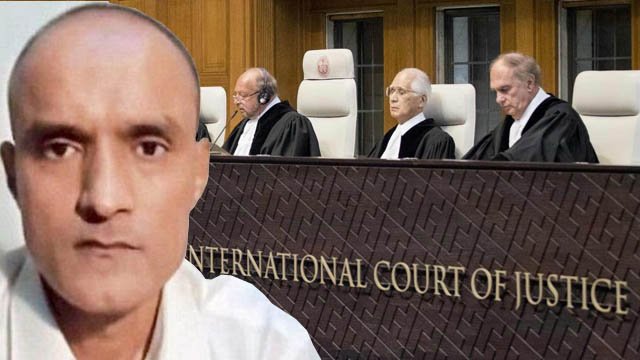 After listening to numerous debates, interviews of learned people on TV both from India and Pak I thought of writing on the issue of Lt Cdr Kuldeep Jadhav Ex Naval Officer.

It is quite evident from the manner that Indian Govt extended its full support, that Cdr Jadhav is likely to be innocent and was kidnapped from Iran.

Had he been a spy, I am sure that Indian Govt would not have gone to such an extent of putting its own reputation of a responsible nation at stake.

Two, Its a big big political decision as has been rightly indicated by Salman Khurshid and also by Harish Salve who in no uncertain words said ; THE CONGRATULATIONS MUST GO TO THE INDIAN GOVT WHO SHOWED COURAGE IN REFERING THE MATTER TO ICJ.

Some of us who have no idea about the implications or fall out of this may still say ; WHAT IS SO BIG ABOUT IT.

India since the time the Kashmir issue became Internationalised always felt shy of referring any bilateral issue to UNO so that Pak is not given any opportunity to involve any third party in the ongoing dispute with India. So, India, always rejected this idea of THIRD PARTY INTERVENTION on any bilateral issue despite grave provocations by Pakistan on many occasions.

Now that India has done so, and gone to ICJ and Pak has been critically wounded, lets see What happens next because I am sure Pak is going to try and approach ICJ on the issue of pending UN resolution on Kashmir and Human Rights violations there.

So, in view of the above, the current Govt has shown tremendous Political will and courage to stand by for its citizens wherever they are.

I am sure that Govt must have the plan in place to deal with such eventuality, in case Pak decides to approach ICJ on the issue of Human Rights violations in Kashmir.

Three, It is still not understood as to why Pak Army court was so desperate to hang him. May be

ALPHA, Jadhav is already dead and so instead of facing the embarrassment he was convicted by a military court so that they could hang his dead body on the gallows. Hoping that as always Indian Govt would do nothing except cursing Pakistan.

Bravo, Pak was probably desperate to prove it to the world and more so its own people that India is involved in spreading terrorism in Pak. They were under pressure from their own media that When India could catch so many Pakis involved in terror related incidents Pak army had nothing to show and so how could they blame Indian R&AW. But then question arises ; WHY HANG JADHAV. So, we arrive at ALPHA that Jadhav is already dead.

Many a times I have written that this is New India, this is resurgent India and One should not make this mistake of assuming and predicting India’s actions based on past experiences.

Be it surgical strike, be it dogged determination on the issue of NO TALKS WITH PAK, despite all provocations and Demonetisation, GST, BENAMI PROPERTY ACT etc one can see that there is a resolve , there is a determined effort to sort things out.

So, if Pak makes a mistake of not following ICJ verdict or if Jadhav is no more or if Jadhav is murdered in Jail, the ripples of that would be felt by Pakistan and they would be so severe that its basic foundations would be shaken.