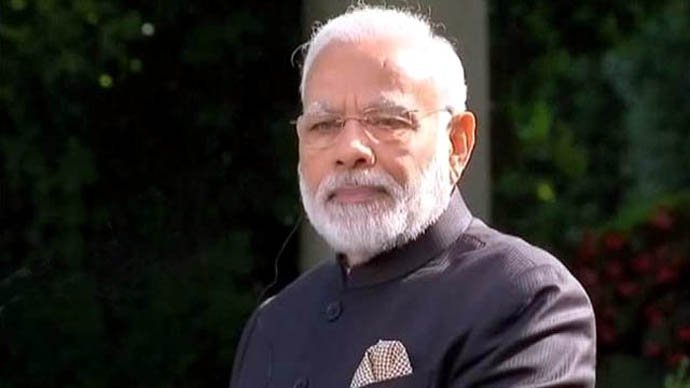 It would be Delightful to watch Pak on R Mode.
The manner in which China is pursuing its ONE BELT ONE ROAD project through Gilgit- Baltistan and POK, it can only be termed as arrogance and nothing else.

Despite India opposing the OBOR passing through Gilgit- Baltistan and POK , China and Pak have announced to build two colossal hydro dams on Indus river which would be of the size of all the dams India has built in Kashmir in terms of its power generation capacity. Ostensibly this would make Indus water treaty redundant which India has sustained for so long because of Its righteous approach.

What Pakistan does with the disputed land or its sovereignty knowing fully well that this entire project would make Pak a kind of a colonial out post of China is their business and India should not be unduly perturbed by it.

Its ironical that, China can afford to forcefully oppose any exploration in South China sea because its a disputed territory but in Indian subcontinent it can oppose and issue threats if Dalai Lama pays a visit to Arunachal Pradesh and it can build highways and station their troops in the disputed areas. It blocks India at every step as if trying to tell us TUMHARI AUKAAT KYA HAI?

Today, why only China even Heads / Representatives of almost 27 states had attended the OBOR Summit and that includes UK, Germany, France and US, Russia and even Srilanka who showed little concern for India’s objections.

This brings us to a Point, Have been taken by surprise by this sheer arrogance or ;

Was it not known to us When Rajeev Gandhi visited China way back in 80s and signed a treaty with Chinese and we were told this is the beginning of a new chapter in SINO- INDIAN RELATIONS.,

Was it not known and discussed by our strategists that Its a matter of time when Chinese after putting in place their economic reforms they would be bulldozing their way and would pursue an expansionist policy.

The answer is Yes, it was known and discussed by various scholars who time and again kept warning the successive Govts to prepare the country for that eventuality as China is only buying time.

Once its economy is well placed it is going to behave in the same manner as it did in 1950s. Afterall it was our own Chanakya who had some two thousand years back had said ; The armies rise from the treasury.

But then what did we do about this.

And why did we not do enough.

Why did we not pursue the economic reforms relentlessly and rather lost our way mid way and wasted decades in arguing and corruption.

Nani Palkiwala once had said ; To India nature has given immense intelligence, skills , human resource, natural resources but no sense of public duty, discipline or dedication.

And it is because of this that I think, our democracy has instead of becoming our strength has become our weakness and is not allowing us to grow to our potential.

Our democracy manifests indiscipline and irresponsible behaviour rather than efficiency and effectiveness eg is the unruly behaviour in UP Assembly where uncouth MLAs threw paper at the Governor.

It heavily relies on individuals and rather on system.

In last 3 years India is once again, coming back to terms with military acquisition and economic reforms but what if Modi loses elections and we have once again a Mahagthbandhan coming back with Laloo, Mulayam, Mayawati, DMK , NCP, Rahul/Sonia calling the shots. Will they have the vision and wherewithal to continue the Goodwork and take it further. Will they not once again tell us ; YEH TO ALLIANCE KI PROBLEMS HAIN.

This is the problem with Indian democracy ; it is individual driven and not system driven. The strategic aims are neither set nor pursued. For eg look at the way the Indian foreign ministry works today and it worked a few years back. Today we are fighting tooth and nail at ICJ against Pakistan’s arrogance whereas few years back we looked helpless.

The nation must be managed by a system and not individuals and that system must be able to work effectively. The individuals may come and go but the system must continue to manage. Look at USA for eg, Trump made lot of noise on the issues of NATO, Relations with Russia etc but the moment he acquired Power he has changed his views because the system forced him to change his stance.

Whereas in India, we had Gujral rolling up the India’s Karachi plan, Vajpayee doing nautanki during his Lahore Bus Yatra and inviting Musharraf at Agra, unilaterally declaring cease fire in Kashmir, then MMS signing the SHARMEL SHEIKH declaration etc.

Right from 1947 we have been only reacting to Pakistan’s and Chinese moves , can we give one example when Pakistan or China had to react to our Action.

The only time I remember is 1971 when Indian forces were already operating in EAST PAKISTAN before the outbreak of war and Pakistan was compelled to launch an air attack.

Why is it so that we are always compelled to react, Can we ever be PRO ACTIVE Mr Modi.

Why can’t we kidnap a Pakistani business man or any army officer from Nepal or Dubai and project him as an ISI agent.

Why can’t we kidnap daughter of Dawood Ibrahim and bring him to knees.

Why can’t we kidnap Dawood Ibrahim’s son in law and bring Dawood to his knees.

Why can’t we kidnap Dawood’s brother Anis’ wife and his kids.

I would love to see Pakistan always in R ( REACTING) mode ; NOT KNOWING WHAT IS GOING TO COME NEXT, Instead of we waiting for the NEXT.

Mr Modi Am i asking for too much?