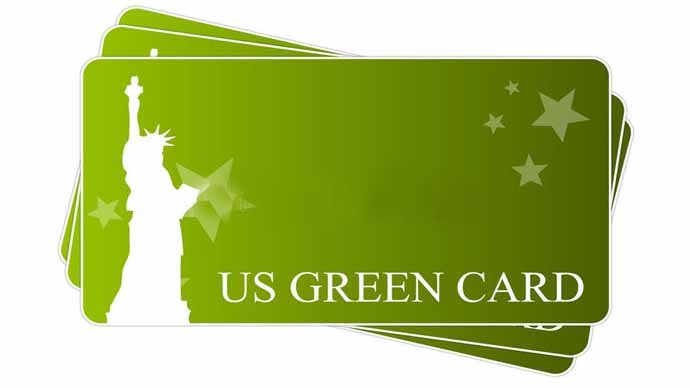 We appear to be have been Daridra  of everything !!!

Ex-diplomat and Ex-Foreign Minister K. Natwar Singh once stated, almost 75% diplomats of the IFS cadre are always busy licking boots of Americans so as to manage Green-Cards for their progeny.

Even a junior American diplomat can barge into the room of a senior IFS diplomat without appointment and he shall be accorded ‘Standing Ovation’ of sorts !!! Damn those waiting outside with scheduled appointments to meet. On the contrary with Indians, these very US diplomats are snobbish, haughty and arrogant with Indian diplomats devoid of self-respect and national honour. And we expect them to do tough talking with Americans, Chinese and Pakistanis !!

Almost every IITian is all the time scheming, how and how soon to secure a Green-Card for himself and his family. Like them, so many others too. No soft corner for the nation or the money the nation have been spending on them to grab degrees… to serve ‘MOTHER AMERICA’ better (forget Mother India please, least of all Bharata Mata !!) …their spacious argument is – BRAIN DRAIN IS BETTER THAN BRAIN IN THE DRAIN.

How stupid of them !! This is the so-called drain that enabled them to stand in America !!! They won’t care to stay on, struggle and sacrifice with self-respect, transform that so-called drain into a fresh-water swirling river. They are merely fair-weather friends, selfish to the core of their minds.

If today, US President Donald Trump is imposing Visa regime on ‘human-ware’ from overseas, he is perfectly justified so much so that we have been highly over-indulgent to lodge ‘Kadi-Ninda’ of Visa restrictions. America enjoys every right to hand over American jobs to Americans in their territory. We should not only welcome that but also congratulate them for sending back our talent to our country to work here.

In a highly materialistic, glamour-chasing state like Punjab, American Green-Card holders are indeed awe-inspiring, adored like Paramatma  irrespective of their status in America… that may be just a janitor, labourer or something even lower than that. Widespread, unfortunate malaise of ‘Holiday-brides’ in Panjab is the direct reward of this trait of glamour chasing in America, a blind race indeed.

When Kalpana Chawla said ‘Thank you, Indians’ before blasting off into space never to come back, we went into raptures of ecstasy and Bhangara…so thrilled were we all !!

There was a stampede on the floor of Lok-Sabha to hand-shake President Bill Clinton. Fortunately, it was not ‘MOTHER OF ALL STAMPEDES’ !!! One Bihari MP succeeded in shaking his hands and declared thereafter before TV channels live  – “I won’t wash my hands for at least 3 months after shaking US President’s hands!”. He did not mind the fact that those were the hands that shook Monica Lewinsky’s too, all over her body !!

To my utter surprise, Arjuna Singh turned out to be slightly patriotic !!! He collected huge bribe from Union Carbide according to media reports before letting out Warren Andersen, Chairman of Union Carbide on a red carpet…I mean red carpet see-off after taking bribe instead of demanding Green-Card for his entire clan !!!

After Bhopal court judgement, Mother of All Blame-Games started and Arjuna Singh observed ‘Enlightened Silence’. Among greatest beneficiaries was one of the most corrupt politicians, Sharad Pawar i.e. Lallooo Yadava of Maharashtra…he neatly escaped alongwith his daughter, a born and blessed Crorepati, entire brouhaha over IPL disclosures.

When US Secretary of State Hillary Clinton visited our country with her ‘School-Girl Intellect’, she was adored like a ‘Devi’…many of us were expecting Green-Cards showering from her hands raised in benediction upon them…

When US President Dwight David Eisenhower declared before the jam-packed Ramlila Maidan in Nai Dilli, way back in 1959 right in presence of JL Nehru (first state visit of a US President) – “Thank God, it is a democratic country”, Congress leaders found themselves infinitely blessed. They did not know or feigned ignorance that freedom and civil liberty have always been ingrained / engraved deep into every Hindu  psyche. Probably they could not muster courage in their groins to educate the haughty and ignorant US President of our realities of having been the most advanced society in the world for hundreds of centuries.

Nehru’s supine obsequies / subservience before Jacqueline Kennedy, wife of the then US President John Kennedy, are well known. Only if honourable worthies like Manish Tiwari / Jayanti Natarajan could tell me whether Nehru saw yet another Edwina Mountbatten in her !!

There are innumerable, such examples of our wretched behaviour towards / before Americans…towards their Green-Cards and the lucre looted from all over the world stashed in their country.

These are the rewards and proceeds of several decades of McCaulay BRAND OF SECULAR EDUCATION, completely devoid of our glorious heritage, values and spiritual splendour.

Will we all strive to become dignified, self-respecting and evoke self-respect in others ?