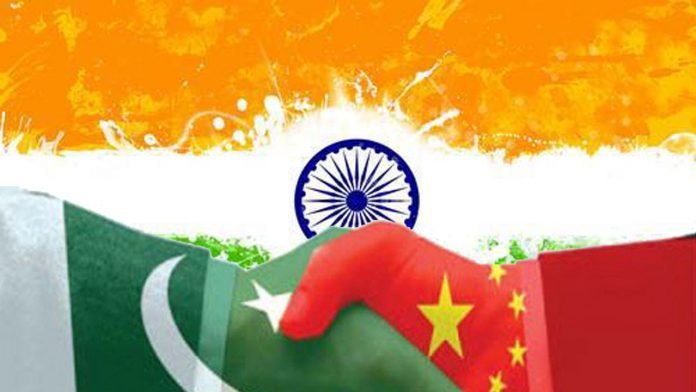 In 90s when terrorism in Kashmir was at its Peak and Pakistan was raising the cause of Azadi of Kashmir and human rights violations by Indian forces at every forum, Mr Narsimhan Rao said “ What Pakistan is doing, is expected but what is to be seen is how long they can sustain themselves with this kind of animosity against India”(FLAWED INHERITANCE By JN Dixit).

This animosity against India has driven Pak military insane.
The desire to acquire Kashmir and break India had brought military to play an important role in Pakistan society.

As a result over a period of some 70 years Pakistan has had three constitutions and number of military rulers. The people are also confused because the military has manipulated their chivalry as if they had won all the battles.

It may surprise their people that the Pak military in its 70 years of history and having fought 4 wars with India has lost most of the battles, even those battles where it had numerical superiority, weapon superiority as well as tactical superiority for eg Kargil where they were sitting right on top of mountains and even then lost the battle. Its absolutely disgraceful that such a dominating ground could be lost without mush resistance.

When they realised, that its beyond their capabilities to forcibly take Kashmir, they brought in Non state actors. They forgot or rather undermined the adverse impact that this can have on their own society.

Today, Pak has to face many more terror attacks due to their own Jehadis than they had planned for India. More people get killed in Pakistan than in India because of the Jehadis which they created to fight against India.

When the adverse impact of terrorism came into fore their old ally USA also pulled back and the supply of easy money and military equipment dried up.

But instead of looking within and improving their economic condition, the insane military found another deceitful ally ; China.
The OBOR or the China- Pakistan Economic Corridor is literally going to make Pakistan a Colony of China. The kind of money almost 62 Billion Dollars is being invested by China and the Military Generals who are just driven by the animosity against India are pushing their own people to Slavery. Have they ever thought of How much interest their country has to pay to China and what will happen in case they are unable to pay that much. Pakistan is currently unable to repay the Chinese loan due to its steeply soaring trade deficit (US$ 28 billion by June 2017) and national and international debts (US$ 73 billion respectively in 2015)

It seems likely, if corrective measures not taken by Pak polity, that Pakistan may become politically and economically subservient to China.

Be it Srilanka or Mynmar or Pak Chinese do not have any altruistic motives to help the people of the region. Rather, they use these investments as a leverage for their own vested strategic interests.
As regards, India, I do not think there is any need to do anything except opposing China to get involved in disputed areas of POK and Gilgit, rest as such is taken care of by Pakistan’s army.

The animosity against India and its in capabilities to win a war has driven Pak military insane and is leading their country to a deep hole.