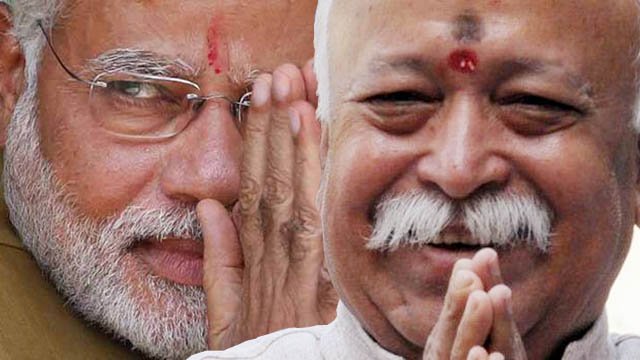 From conceptualization to orbiting over South Asia including POK, SAARC Satellite has been a brilliant idea that has raised nation’s head high, challenged Dragon’s hegemony in our neighbourhood and compelled our Paki ‘best-friends’ to ponder, self-imposed silly exclusion leads to only weeping and sulking hidden behind perpetual demand of ‘actionable-proofs’ !! Congrats a million, Mr. Prime Minister.

Rashtrapati Bhavan is soon going to be vacated and you have been hunting for another suitable occupant furiously with so many dreaming to be the next occupant without bothering themselves to discover whether they deserve to be there at all.

However, there is one great personality who is not appear to be dreaming to be there at all in spite of being the most deserving candidate of all. When his name was first proposed by Sanjay Rout of Shiv Sena, so many including myself had not really expected such a sagacity coming from a Party like Shiv Sena under the tutelage of Uddhav Thakeray.

Yes Mr. Prime Minister, Sangha-Pramukh Shri Mohan Bhagawatji is the most eligible and deserving personality to occupy Rashtrapati Bhavan as Bharatiya Rashtrapati for the next tenure.

RSS was founded by Dr. Hedgewar whom I regard the greatest visionary and crusader of his century and one of the greatest blessings to the nation. The way he diagnosed ills afflicting the nation, nature of dangers lurking around, absolutely precise course of action that he defined and the way he offered his entire life as oblation into the Agni of that Yajna, are unique and in several ways, he was far ahead of even Swami Vivekananda.

RSS grew into a finest human resource development organization in the world and there is none other anywhere close to it and won’t be there for a century or so. Nation not only survived but also flourished in spite of catastrophic calamities like Partition 1947, Debacle 1962… UPA 2004-14 owing to the strength imparted upon the nation by RSS.

If Army / Security Forces defend our external borders from invasions and intrusions, RSS have been defending the nation at devious internal borders, much more difficult to identify and act upon that too, without any Government patronage. We have survived from fierce socio-economic-religious onslaughts uninterruptedly lobbed at us by inimical forces, only because of the resurgence and renaissance brought about by RSS at a great sacrifice, in spite of three official bans, scores of arrests, torture and murder of RSS members.

Still, the marvellous and unique organization is growing exponentially much to the heart-burn of so many across the world so much so that if any organization truly represents Bharata today, that is RSS alone.

All heads of RSS beginning with the founder Dr. Hegdewar to the incumbent, Shri Bhagawatji have been tirelessly engaged in that task and progressively added several newer dimensions to the organization innovatively. It is very difficult to assess and conclude, which Sangha Pramukha contributed most as they all have been unique in their own ways. Shri Bhagawatji’s favourite statement, “Sangha doesn’t do anything but leaves nothing undone.” is an eloquent testimony of his tremendous contribution to the growth and influence of RSS today.

It is the time your Government recognizes innumerable sacrifices of RSS, social services accomplished by them absolutely selflessly for the nation (they never come back even to accept Thank You !!) and the kind of nation building undertaken by them, by ensuring incumbent head of the organization Shri Mohan Bhagawatji is honoured as next Hon. Rashtrapati of Bharatvarsa.

If he happens to be reluctant, quite natural with Rsi-s of the Sangha, he may be persuaded with maximum humility to accept the honour on behalf of lakhs of Svayam-Sewaks who shall feel honoured and recognized after a long spell of hostility and antagonism hitherto, deviously crafted by a large army of deluded ones.