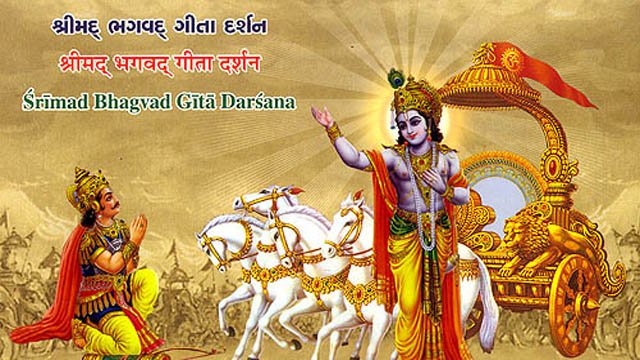 Sri Krsna  tried his best to avoid the fratricidal blood-shed, went to the extent of accepting mere five villages on behalf of Pandava-s. That was the splendid way of practising Satyagraha  in it’s real import.

When the sanguinary battle was ultimately thrust upon, He picked up the gauntlet, did not allow Arjuna  to retreat from the battle (unlike Nehru in 1947, Shastri in 1965, Indira Gandhi in 1971 at Shimla and the border stand-of after Parliament attack during Vajpayee regime), did not allow Arjuna  to treat Bhisma  as his grand-sire in the battle-field, administered most appropriate and effective tit for every tat of Kauarava-s…his saga is too well known and too marvellous, too outstanding, too astonishing to be effectively recounted here.

Sri Krsna  perfectly understood the philosophy of Ahimsa  and practised it in it’s real manifest. I am not aware of any other great Soul who had such a deep conviction and understanding of Ahimsa, in it’s most practical manifest, could enforce it in letter and spirit on such a mass scale.

On the other hand, so-called ‘Mahatma’ MK Gandhi preached Hindu-s to offer second cheek after every Muslim slap on the first, advised Hindu-s to be raped, plundered and even murdered by those Muslim demons (that is why Muslims / Islamists love / support him so much in the name of secularism), did not have guts to rebuff ever discourteous / rude Jinnah, did not instruct / advise Nehru to throw away all Muslims after partition…always advised Hindu-s to remain submissive, abject, pathetic, naked, begging all around, malnourished and undernourished … preached Gita  very selectively…always opposed Hindu  organizations while kept mum on Muslim League, he was allergic to one of the greatest organizations in the world i.e. RSS like a paranoid-lunatic, called Bhagat Singh a misguided terrorist…supported Ali Brothers of Khilafat movement…had he remained alive, he would not have allowed Sardar Patel to carry out the operation against Nizam of Hyderabad and those Hindu-s of Hyderabad would have continued being tormented for long…such an Anti-Hindu  demon he was, his catalogue of sins is very long indeed.

Do you think any other country would have tolerated such an anti-majority, anti-national traitor? What would have been his fate in a country like China, in a Muslim country ?

Bury this so-called / self-appointed ‘Mahatma’  deep in Pakistani sewers. He cannot be the role model of a dynamic, vibrant and prosperous Bharatvarsa, leave alone ‘Father of the Nation’.

It is Sri Krsna  who is the real champion of Ahimsa  and Satyagraha. When every trick of Ahimsa  fails, it is mandatory to pick-up the Gandiva  and register a crushing blow to the foes. Then the blow should be so strong that unrighteous ones are completely destroyed instead of allowing them to survive by invoking pardon, followed by every possibility of an eventual recurrence of the same offence.