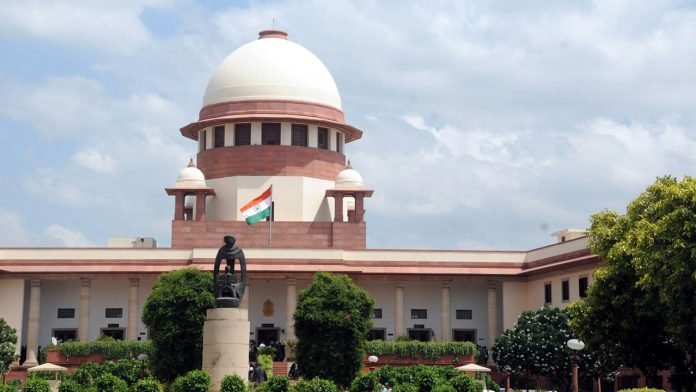 While Hon. Supreme Court under “Your Lordships” have ordered mental examination / psychological test of Justice Karnan, Justice Karnan has in turn ordered psycho-analysis of all seven Supreme Court Justices who are engaged in adjudicating ‘Mother Of All Judicial Absurdities’, including your “Lordship’s” too. It is a Judicial Aberration of the worst order, indeed.

Honestly speaking, I am excessively amused and I shall have enough reasons to joke about it and laugh in my mind at Higher Indian Judiciary for days to come. Reality hidden underneath that entire Higher Indian Judiciary requires mental examination / psychological profile testing, has been conveniently overlooked by both sides and that is what really bothers my conscience a bit.

Appointments in Higher Judiciary by Congress-Communist Combine has been a very murky affair, so much so that Supreme Court was led to worry about height of Dahi-Handi in Maharashtra, dance-bars in Mumbai (these are Constitutional disputes indeed !!), hounding the then Gujarat CM for Gujarat 2002 riots while overlooking genocide of Hindus in Bengal under TMC regime today, mid-night open Court hearing for a convicted enemy of the nation while allowing Sadhvi Prajna, Col. Purohit and Swami Aseemananda to rot in jail for years… let me ask you politely and bluntly, when 15 years long Lalloo Yadav-Rabri Devi regime in Bihar engineered mass-scale murders, kidnappings, rapes, loot of treasury, torture of poor / weak / malnourished people while all Constitutional authorities from President to Bihar Home Secretary / DGP remained mute as if watching ‘Tamasha’ in the name of Federalism, why “Your Lordships” did not condescend to intervene decisively and effectively ? What happened to the “Collective Lordships” of Higher Judicial Conscience then ? If the bunch of “Your Lordships” have become a subject matter of ridicule today in the country, it is only “Your Collective Lordships” have to blame themselves, no one else.

Finance Minister Arun Jaitly was dead on mark when he said as Leader of Opposition in Rajya Sabha, Higher Indian Judiciary has two types of Justices, one who know the law and others, who know the Law Minister !!! His observation has become a quotable quote for the sordid state of affairs in Higher Judiciary today.

Prime Minister Modi extended you an excellent / outstanding opportunity in the form of NJAC to re-shape “Your Lordships” and come out clean, brighter and transparent with respect to appointments / transfers of Justices. It was a historic move by a PM who breathes / eats / (does not) sleeps / works just for his country alone. The bench headed by your “Supreme Lordship” trashed the opportunity at the instance of a senile, old, doddering fool who is loaded with destructively negative attitude, incapable of discerning anything outstanding about a PM / Government that are being lauded all over the world today for their performance. As your “Lordships” trashed the golden opportunity by striking down NJAC, reward in the form of a Judicial order to undergo mental examination by a High Court Justice has not come too soon !! And inevitably too. Your “Enlightened Lordships” could not have escaped it at all. So what “Your Lordships” have received today, has been earned by “Your Lordships” after a long spell of very hard labour !!

If Prime Minister of the nation can be so graceful that he banned and banished “Lal-Batti VIP” culture from the domain of ‘Jan-Sewaks’, why can’t “Your Lordships” be graceful enough to co-operate with this well-meaning Government in reforming Judiciary and also, in abolishing the obnoxious practice of initiating ‘Contempt of Court’ proceedings against those who ever dare to criticize a Judiciary lording over the country instead of minding their own judicial business ?

I hope, Your “Enlightened Lordships” shall not waste their precious Judicial Time in initiating contempt proceedings against an ordinary / unknown common man like me and unnecessarily heap a celebrity status on my head which I just abhor. And the whole country will laugh at Your Lordships then !!