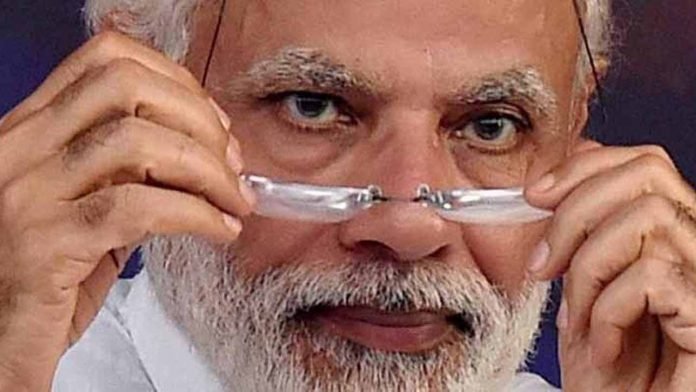 If a large section of people have already started asking, “When will ‘Kadi Nindaa’ Government take ‘Kadaa’ Action, if at all ?”, I shall not be surprised at all. If a nuclear-powered nation is humiliated by a band of brutal murderers, it is a crying shame for all of us. We do not even deserve the privilege of hanging our heads in shame, Mr. Prime Minister.

When Israeli Olympians were slaughtered in Munich in early seventies, then Israeli Prime Minister Golda Meir and her Ministers did not utter even a single word to the media. And all Palestinian terrorists were blasted to brutal death one by one at various locations across the world without anyone sniffing even a whiff of that. Nation expects you to outdo Golda Meir, Mr. Prime Minister. Can we expect such a cold-blooded / hard-headed professionalism from our Ministers / Government?

May I now appeal to you to assure the nation, at the stroke of mid-night of Dec. 31, 2017, every single Naxalite / Maoist head in the country shall be crushed to pulp without any more repeats of the genocide? Will you kindly order Army and IAF to constitute a temporary joint command immediately (which should have been done in 2014 itself) dedicated to achieve the goal with options of tank-fire or aerial bombing of Naxalite areas completely open? Will you kindly order Union Home Minister to lead security forces from the front, with or without bullet-proof vest depending on his confidence-level in security forces, to realise the goal ?

When Kartik Chidambaram becomes a ‘diversified’ / ‘multinational’ plutocrat with nation’s money plundered by his father, when uneducated albeit extra-ordinary sons of Lalloo Yadav become Dy.CMs as their first political assignment, it becomes imperative to enact a law for compulsory service in security forces for at least two years by kids of politicians / Babus to begin with before being expanded unto all. Neta / Babu shall understand worth of a soldier’s life only when their ‘Princes’ are killed at the border, in combats fighting enemies of the nation. Compulsory military service through conscription must be introduced for us to comprehend accurately, how much sweat and blood of lakhs and crores, goes into making of a nation.

Kashmir too, is deteriorating fast. When correct diagnosis of the problem is known, ‘generic drug’ to excise the cancer is also known, then why the treatment is not being administered immediately ? Election of a congenital traitor to Lok Sabha from Srinagar, his drawing ‘Kafir’ salary from a ‘Kafir’ Parliament, speaks volumes on our flair to be treated like dust by these anti-national parasites. From looters and murderers, now proclaimed traitors are being elected to our Parliament and we are unable to do anything to stop that.

Whether it is dropping of Mother Of All Bombs anywhere between Tora Bora mountains and Valley, whether it is scrapping of Article 370 at mid-night, whether it is separating Jammu from Valley and declaring Ladakh as UT, whether asking Israel to bomb Kahuta / Chagai Hills / Pakistan by offering them re-fuelling facility at Jamnagar, whether it is pulling out the traitor of Srinagar from his flat before being neutralized to set an example, whether imposition of Governor’s rule in J&K, whether shifting of population from Valley, …whatever measure is required, howsoever harsh, must be adopted immediately and separatism in Kashmir done to death at once, forever. No harsh measure at this juncture shall cause ‘rivers of blood’ afresh as these ‘rivers’ have been meandering through the Valley for the past several decades and your Government shall not be there in the realms of history to be compelled to take the final blame.

Even traitors will have to respect Bharatavarsha, Mr. Prime Minister.