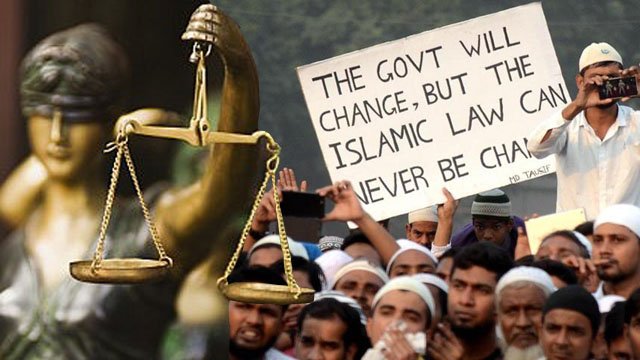 Discussions on Triple-Talaq / Halala / Nikaha is at peak in the country.

Never before in the history of our country, Mullas / Kathamullas / Maulanas…and other jokers were ashamed so intensely, so extensively that they all are at their wits (if any !!) end. Rather, those creatures with strange views have been stripped naked in public by their women and they are just unable to hide their faces.

Allow me to exercise my privilege of freedom of expression and express my mood-spoiling views as bluntly as possible irrespective of any faith / religion.

To me, Nikah sounds like a live-in relationship, devoid of any solemn commitment to remain united with the spouse the way Hindus undertake before Agni. To me, it appears to be something like semi-prostitution.

Similar to desertion in cases of live-in relationships, Triple-Talaq is the worst kind of derogation of Muslim women. It is even worse than Sati (precipitated by Mughals only). It is equivalent to women trafficked, sold, pushed into….and de-humanizing them.

Halala is nothing but Rape-Contract for a specified period. All Halali-s and those in complicity, whosoever they are, are rapists and nothing else. It is so tragic, this mass-rape of Muslim women has been going on for the last 1400 years or so. Only now hue and cry has been raised by women only.

Re-Nikaha with the ex-husband (so to say), is sheer travesty of the sacred institution of marriage.

I just do not understand, why should a Muslim divorcee woman re-Nikah her ex-Nikaha partner at all. Hindu divorcee woman never re-marries her ex-husband at all.

I hope, Supreme Court Justices will at least read my assessment of the crisis as dispassionately as possible as my views have nothing to do with religion at all before arriving at their judgement.