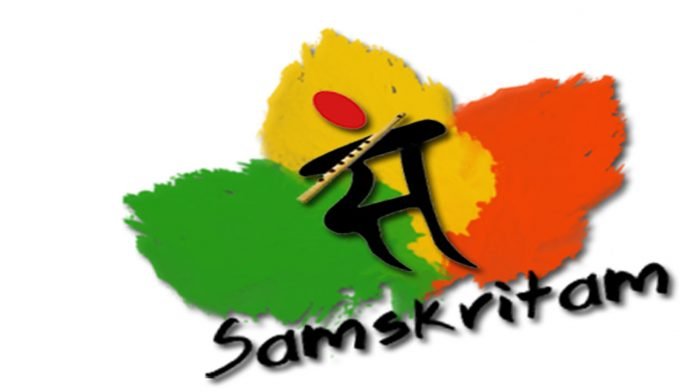 You may have or may not have studied even a single sentence in Samskrita, even then declare Samskrita  as your mother-tongue. Let us understand why so.

It used to be mother-tongue of every Hindu (there were no Islamists & Christians then !!) once upon a time, not very long ago.

Mughal and Christian invasions alone planted Urdu / English upon Hindu-s. These two are the languages that may very well be called ‘BANDIT-LANGUAGES’ !! The clock has to reverse, sooner than later. And the clock has already begun undergoing reversion. Samskrita  is gaining notches in popularity and practice day by day.

Even Urdu & English languages have purloined large number of words from Samskrita  and adopted them after minor modifications to avoid embarrassment. A friend has an excellent knowledge on this topic – Urdu / English words purloined from Samskrita.

Our entire ancient treasure of wisdom is inscribed in Samskrita  alone.

Every Jivatma  is an integrate of subtle and gross bodies. Gross is the physical body that envelopes the subtle one, survives on food and water. Subtle body is the inner one and non-physical, survives on Pranava. Innermost core of the subtle body is composed of seven main Cakra-s and thousands of Nadi-s. Seven Cakra-s are the regional centres of Prana-Sakti  i.e. column and foundation of entire existence. Cakra-s are constituted of petals of Divine-Sakti. Their number ranges from two in Ajna-Cakra  to infinite in Sahasrara-Cakra.

These petals of Sakti within Cakra-s hold sounds of Varnamala  i.e. alphabets of Samskrita. These sounds are listened to, rather perceived by Siddha Muni-s and Rsi-s in the highest state of Samadhi. Anyone can perceive these sounds of Samskrita-Varnamala  after a certain level of Sadhana. Samskrita Vyakarana  was enunciated by Maharsi Panini  when he was in the state of highest Samadhi. The Vyakarana  was thus, dictated to him by the Absolute, Supreme One i.e. Param Brahmatma  directly. It was none of his personal brain-waves at all, by any stretch of imagination.

We all are made up of Samskrita. Samskrita  is within us and we are within Samskrita.

Every Jivatma, every Mullah / Maulavi, every Benedict-Brother, every Hindu / Buddhist / Jew / Sikh-Nihanga  or Namdhari, every Hispanic…is made up of Samskrita  !! Samskrita  just cannot…just cannot be pulled out of our seven Cakra-s and substituted by any other Varnamala  of Dhvani  i.e. sound or Vyakarana.

Thus, Samskrita  is as ancient… as the Existence itself.

The language is just indestructible, immutable, indivisible… all those divine attributes invoked for Param Brahmatma, are also valid and profoundly applicable for the divine language that Samskrita  happens to be.

We Hindu-s of Bharatvarsa, are tremendously…enormously…infinitely blessed by Param Brahma, having bestowed upon us, His own language…the divine language of Samskrita.

How abjectly informed are they who think and believe, Samskrita  is a dead language…that English or any other language can be foisted upon this nation through propaganda, electronic media, inducement or coercive means !!! It was tried before by so many others in past, throughout the life-span of this Planet-earth…and they just disappeared into thin air. We may be fortunate enough to witness repeat of that in our life-time too !!

Let us all declare Samskrita  as our mother-tongue in every census. If Christians and Muslims too do that, they would earn infinite good-will of the entire Hindu  community, for accepting the reality graciously.