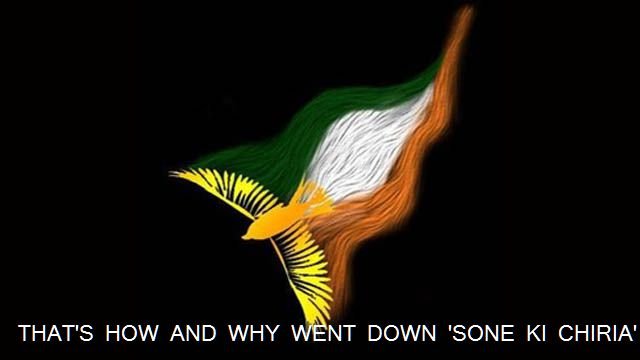 Certainly an emaciated, degraded Hindu  society, bereft of Dharma, extended an open invitation to plunderers and marauders from all over the world. The question that agonises so many has been, how did / why did Hindu  society degrade itself by the dawn of medieval Bharata.

Hindu-s were classified into Varna-s based on injunctions prescribed by Maharsi Manu. So long as members of all Varna-s followed their respective Dharma, the institution of Varna  system not only worked wonderfully well but also maintained entire society intact as well as impregnable. By the end of the historic Mahabharata, deformities of vanities began creeping into Hindu  society gradually.

By the time of first foreign invasion of Mughals, Hindu-s were highly vulnerable to oppressive onslaughts. Then nefarious attempts were executed mainly by invaders to destroy Varna  system, implant casteism upon Hindu-s in an organised manner by the dint of physical might. Varna-s subsequently substituted by caste led to severe inter-caste tension and attrition. Every segment of the society contributed their bit to the ‘cosmic’ process of self-degradation, internecine enmities of various kinds wherein every group was engaged in outdoing the other.

Within the groups and Varna-s too, members were religiously engaged in personal one-upmanship, did not even hesitate in colluding with foreigners to destroy members of their own groups and Varna-s. This is how all members of all Varna-s contributed their precious bit in destroying Hindu  society and enslaving the nation –

Brahmana-s  were pathetic victims of snobbery, arrogance, jealousy, exclusivity, Himalayan egoism, volatile temperament, greed and wanting all others to prostrate before them. Thus, they antagonised all and sundry instead of remaining a pole of strength and guidance for all others. General impression still goes around that Brahmana  cannot talk politely / sweetly to anyone. There have been Brahmana  advocates scolding their own clients right in courtrooms, Brahmana Pundita-s firing their own Yajnamana  during Yajna !!

I am yet to find a Tamil Brahmana  whether Iyer or Iyenger, who talks to his servants / Dalita-s politely / courteously even after suffering so much, after being hounded out of Tamil Nadu for the ‘crime’ of being Brahamana-s. Similar is the tale of Kashmiri Brahamana-s, known for arrogance and snobbery, always identified themselves with ‘fair-skinned’ Kashmiri Muslims instead of brown / black Hindu-s of the rest of country !! Very comfortably, Brahmana-s adopted social evils like dowry / ill-treatment of women when they were expected to shun dowry / ostentations like hot brick.

I hold, worst crime of Brahamana-s had been promotion of untouchability. Instead of rising to the occasion and sternly stamping out the social menace of untouchability, they refused to take the call of Dharma  and practised the social evil themselves. Massive and widespread menace of reservation today is the reward of those condemnable acts of omission and commission.

Rajput-s / Ksatriya-s destroyed themselves through ‘Tavaif-Puja’, ‘Mujra’-culture, treachery of all sorts and all other forms of extravagance.  They procreated too many illegitimate princes who inevitably grew into traitors and back-stabbers in cahoots with enemies. Tragedy with them was that they had too many ‘Raja’ Mana Singh-s while so few Maharana Pratapa-s !!

General impression among the masses that Rajputa-s have NEVER been loyal to their own subjects and kingdoms, is not entirely unfounded. Majority of Rajputa  monarchs hardly ever planned welfare of their subjects. When the country was liberated, literacy was mere 14% in the state of Rajasthan with female literacy still lower. Ex-PM V.P. Singh was a monumental example of some of these destructive traits. I hold him as the worst destroyer of post-1947 Hindu  society.

Vaisya-s & OBCs  contributed to the degradation of Hindu  society through their exploitative demeanour and inhuman conduct particularly towards poor, deprived and helpless ones. While ‘Sahukara-s’ sucked blood of the poor and unfortunate ones, OBCs and ‘Zamindara-s’ tormented them all. When bereft of even a single food-grain in her home, mother of Uma Bharati went to the Zamindar to pray for wages to be paid for the work done immediately and she received lathi-blows !!

Such sordid tales have been aplenty. Their Oppression-Spree continues even today in remote villages and far-flung areas of the country. Jat community, one of the affluent among them, are now holding country to ransom for the sake of reservation. Their reprehensible conduct had been largely responsible for inter-Varna  and inter-caste tensions, hatred and disunity.

Dalita-s & Sudra-s  ruined themselves by not revolting against high-handedness of the so-called upper castes. Owing to their docility, innocence and subservience, they turned out to be the worst sufferers of all. That too, the silent ones. Only if they had revolted in the begining itself, contours of Hindu  society would have been altogether different today. They are the ones who deserve maximum affirmative actions, support and sympathy from all quarters minus reservation. Reservation is a venomous destroyer of human potential. Our anti-national leaders have continued destroying them by offering sops of reservations that destroys self-respect, develops perpetual sense of self-contempt among Quota-beneficiaries and never allows to prosper in true sense.

It was a deadly cocktail of vanities that brought down Hindu-s precipitously, rendered them susceptible to foreign invasions and domination. Entire scenario came to such a deplorable state of affairs that we invited  a stinging comment ex-British PM, ‘Sir’ Winston Churchill to the effect that we Hindu-s did not deserve freedom at all, way back in 1946 !

Next golden opportunity to revolutionise Hindu  society was wasted by the first PM Nehru when he failed to order FREE AND COMPULSORY GIRL’S EDUCATION THROUGHOUT THE NATION way back in 1947 itself though he very well knew it’s far reaching import during his so-called ‘DISCOVERY OF INDIA’ !!! If he had undertaken the journey to discover Bharata  instead of India, contours of the nation would have undergone revolutionary transformation long ago. I do not understand why he is called a visionary by his descendants and other leaders of Congress as he had flatly refused to accept or understand whatever he ‘DISCOVERED’ about INDIA !!

I suppose, these were the fundamental, conspicuous ‘Piller-Reasons / -Factors’ for the rot that set in post-Mahabharata  period in our country. There may be several other reasons / factors albeit not more than offshoots of these, important ones.

I would love to be contradicted, proved wrong on any of these points by anyone with logical reasons.