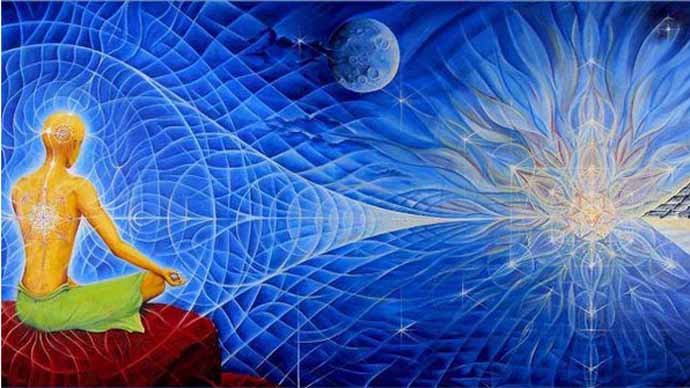 After every  31 Nila, 10 Kharva, 40 Arbuda  Man-Years, MOKSA  lapses and Jivatma  reverts to the same old cosmic cycle of repeated births and deaths… to attain / strive for MOKSA  again — MAHARSI KAPILA  in SAMKHYAYOGA DARSANA

So the business of MOKSA  is tricky, highly sophisticated MAYA. Do not take it too seriously !!! How ??

Moksa  is an attainment quite mystical in nature and deceptive too. It is also hierarchical in character. If you succeed in overcoming your attachment for your wealth, you have attained “Dhana-Moksa” !!

If you successfully dissolve your affinity for your son, you have attained “Putra-Moksa” !!

Similarly, “Damada-Moksa” / “Patni-Moksa”…do exist and attainable too !! These are Moksa-s that belong to lower rungs in the hierarchy / pyramid of Moksa.

Next higher order of Moksa-s is the liberation from Kama, Krodha, Lobha  and Moha. Still higher Moksa  is when you are emancipated from your Ahamkara  i.e. “Ahamkara-Moksa”  is then accomplished.

Then the stage is set for you to transform yourself into a true Karmayogi. All vicissitudes of life do not even scratch a Karmayogi  at all. Such a Karmayogi  is now poised to become an ardent Bhakta, almost identical with the Supreme, Absolute Consciousness.

He may now claim to have attained ultimate Moksa  as he is now entirely at liberty to incarnate himself or decline incarnation altogether. He may eventually, opt for complete coalescence into Param Brahmatma  and forfeits his individual identity absolutely. So, Param Brahmatma  is absolutely Mukta  i.e. emancipated !! Moksa  attained !!

If Param Brahmatma  is completely emancipated, why should He impel Prakrti / Maya  of creation and dissolution ? As a matter of fact, even Isvara / Param Brahma  has not been able to attain Moksa  so far !! Moksa  is the mirage of temptation meant for us, to impel / goad us into actions.

Without this temptation, we lose purpose of every action wrought in our lives. So long as Param Brahmatma  was in the state of Nidra-Yoga, He could have jolly well claimed having attained highest order of Moksa  !!! But He decided to pull out of the state of Moksa  of Nidra-Yoga  only to entertain Himself through Maya  of Prakrti, through creation and dissolution, entirely dis-compassionately and completely bereft of empathy. So, the state of Absolute Emancipation i.e. Param-Moksa  DOES NOT EXIST.

We all are merely His toys / puppets, cosmic instruments for His eternal entertainment.

Finally, we boil down to the eternally enigmatic riddle, “What / which is the BEST STATE OF EXISTENCE ?”

State of Karmayoga  is the ideal / best state of existence, far beyond even the state of Bhaktiyoga. State of actions being enacted guided by Cetana  alone is the precise definition of existence. Cosmic state of Karmayoga  is absolute in nature, absolutely devoid of all sorts of “ifs” and “buts”. So never allow yourselves to be trapped in the Maya  / politics of Moksa  at all !!

Moksa-Maya  is the most deceptive Maya  of all.