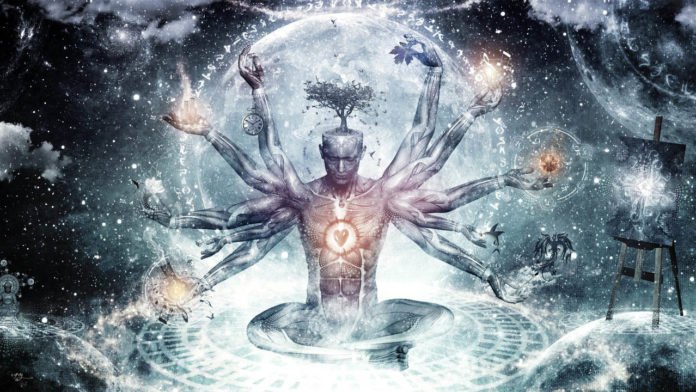 Immortality is probably the most mis-understood attribute about Param Brahmatma. Let us rationalise it today.

Mortality or for that matter immortality are just a non-sequitur to me. They do not do any sense to me at all !

If the object refuses to be transformed, it is consecrated as immutable. Since Param Brahmatma  is immutable, he is regarded as immortal !! As a matter of fact, every object in entire cosmos in immortal !! No cosmic entity can be destroyed or annihilated in absolute terms. That way each and every object in the entire creation is IMMORTAL, not just Param Brahmatma  alone !!

Quite ignorantly, we have been cognising Param Brahmatma  being IMMORTAL only because He is indestructible, not because He is immutable. He is in-destructible so we know Him as IMMORTAL. Better would have been, He is non-transformable and non-convertible hence, IMMUTABLE. The ultimate / supreme attribute ascribed to Param Brahmatma  should be His immutability instead of immortality.

Now the most enigmatic question springs-up –

The riddle is beautifully solved by diving into some of the principles of Physical Chemistry, for that matter Laws of Thermodynamics.

Every entity whatsoever, is constituted of two components ENTHALPY and ENTROPY. Enthalpy is the net energy content within the entity while Entropy is the measure of disorder within. In varying degrees / ratios, these two create innumerable objects across ENTIRETY i.e. entire Brahmanda.

Let us visualise an entity or a system wherein Entropy is minimum possible i.e. zero while Enthalpy is maximum possible or infinite.

Zero Entropy implies maximum dis-aggregation i.e. zero aggregation. In other words, the entity is subtlest i.e. absolutely NOTHING ELSE is more subtle than this entity. It is a domain of perfect conductivity and perfect fluidity. This is the state of existence known an VACUUM in Physics, KAIVALYA / NIRVIKALPA / ASAMPRAJNAT SAMADHI  in Sanatana Vedanta Darsana  while NIRVANA / SUNYA  in Buddhism.

Concurrently, Enthalpy is infinitely maximum in this state of Being i.e. the blaze of CONSCIOUSNESS that is impossible to decrease or decline. Once Enthalpy, now in the manifest of Absolute Consciousness, attains it’s maximality, it neutralises every effort to reduce it further through any means whatsoever. That precisely is the rational basis of entire Sadhana  to attain it’s highest peak of Enthalpy for a Jivatma. Enthalpy of the Entire Entity i.e. Param Brahmatma  is irreducible and immutable because His Entropy is ABSOLUTELY NIL and impossible to increase through any means because of presence of Infinite Enthalpy.

IT IS THIS ENTITY / STATE OF BEING THAT IS PARAM BRAHMATMA.

It is non-convertible / non-transformable because no further dis-aggregation is possible, hence He is IMMORTAL.

Being the SUBTLEST, He pervades and penetrates the Entirety, hence OMNIPRESENT & OMNISCIENT.

That is how PARAM BRAHMATMA  i.e. ABSOLUTE ISVARA  is, what we all know HIM to be.