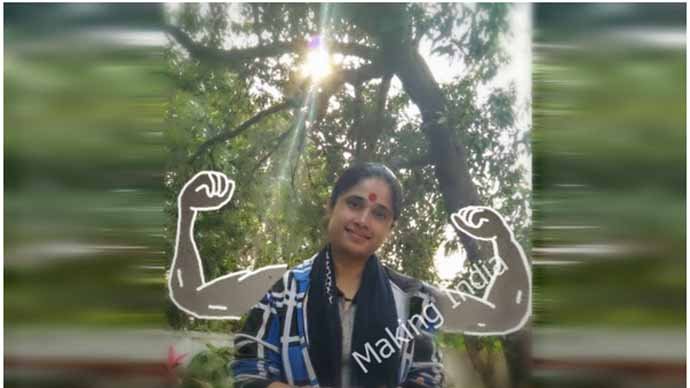 I am sure this idea could not have come out of the Indian context. It is too much of a western idea. Not because traditionally women are any less empowered in India.

But because it is such a western signature to see the truth in the dichotomy of black and white…. right vs left… right vs wrong.. east vs west… man vs woman… man vs nature… science vs religion… this “either-or” dichotomy is in the centre of western civilisation and the resulting conflict is it’s driving force.

This is the product of the philosophy of “One prophet, One God, One truth” where two different versions of a truth can at best stay in uneasy co-existance but never is natural harmony.

Women’s day is the result of Women’s liberation movement which is such a stark reminder of what the western world was… barely two generations ago.

The differentiation of man and woman which is otherwise a beautiful harmonious symphony of creation had somehow turned into a mindless idiotic conflict between man and woman… and as usual the western civilisation resolves all these conflicts by an artificial synthetic reconciliation and bargaining, not by natural harmony.

That is their game, their trap… that we walk into so naively. First they creat a conflict, then they present a reconciliation and then they ask us… Show us your reconciliation? Show us what you are doing for women empowerment and equality. And we walk right into the trap and start showing the world evidence of a truce and reconciliation where there was no conflict in the first place.

We are not a society fragmented and divided between man and woman. We are a harmonious society marked by family created together by the two inseparable forces of nature… we don’t have to flaunt this artificial reconciliation, this synthetic empowerment of women. We don’t need this one day in the year for women.

PS – 1. The fundamental of western civilisation is the inherent conflict between it’s component and a synthetic truce, while the fundamental feature of hindu culture is an inherent harmony. The conflicts in our society are not inherent but planted and nurtured by external agencies and partly a result of non-critical assimilation of the western traits.

2. In a very limited sense, we do not have a gender conflict in Hindu society. What we have is a law and order problem. No one ever questioned a woman’s right to equality…what we needed was social logistics to practically deliver it. While west struggled for a long time with a reluctance to come out of the mindset of male superiority.

3. We have problems, but our problems are our own. By borrowing the western “Women’s day” we are only subscribing to their narrative of conflict and disrupting our harmony. This narrative is further used by the western media to portray India as a conflict ridden, unfair society where women (and some other sections in other contexts) are oppressed. This just provides the ammunition for creation of “atrocity literature”.