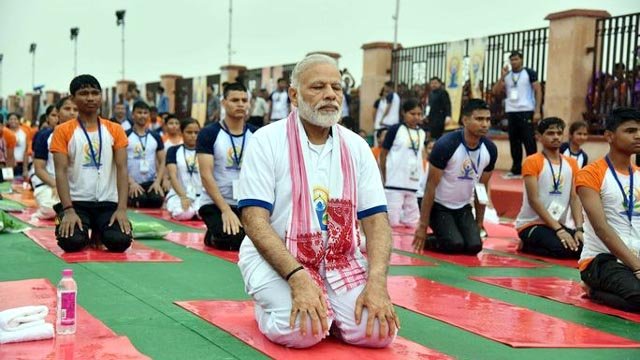 Prana  is identified with VITALITY, the faculty of being alive and the cause of life. It is also known as REIKI in Japanese language. Having emanated from Aakasa, it pervades the entire space that exists within the confines of human comprehension. It pervades each and every nook and corner of all the living as well as non-living beings. In other words, space is defined by the range and extent of Prana  as Prana  and space co-exist. Prana  and space are never mutually exclusive. They define and describe each other.

Prana  is essentially Spandana  i.e. subtle modulation. It’s continuous propagation in all directions assures continuity of creation and ensures continuity of the cause of life. Prana  is the Pranava  i.e. OMKARA. It is the Omkara  that ensures life, causes life to exist. Prana  alone is congealed to create gross bodies of living beings. It is the Prana  alone that ensures continuity of all vital functions within the gross body of all living beings. If free flow of Prana  into the body is obstructed on account of any reason / factor, Pranic  equilibrium in the body is disrupted and the affected organ / part of the body malfunctions as diseased. For the purpose of eradicating the disease, Pranic  equilibrium must be restored to the level of normalcy in that organ / part of the body. Once the equilibrium is restored, disease automatically vanishes altogether. For restoring the equilibrium, additional Prana  must be provided through natural means to the adversely affected target area / organ.

Obstructions that disrupt the equilibrium are the subtle Spandana  that emanate from Karma-s performed, whether Sattvika, Rajasika  or Tamasika. Let us address these as the KARMIC SPANDANA. If the Karma  accomplished is the attached one i.e. beleagured with the passion / desire to enjoy proceeds of the Karma, it’s Spandana  remains embedded in the subtle body of Jivatma, constituting Sancita Karma  i.e. stored / saved Karma  that turns into Prarabdha Karma  on maturity i.e. Karma  that is poised to deliver proceeds in a conducive ambience.

If the Karma  performed is qualified with the virtue of desire- / passion-lessness for the proceeds, the Karmic Spandana  thus generated, vanishes into thin eternity and Jivatma  remains free from it’s baggage / burden. Desire / passion for proceeds creates another form of subtle Spandana  that is anchored to the Karmic Spandana  which then, causes it’s retention in the subtle body as Sancita Karma. Let us address these as TAINTED KARMA-s. As life moves on, more and more such tainted Karma-s are stockpiled and the subtle body of Jivatma  is saddled with more and more baggage thereof. These Karmic Spandana  that are tainted too, obstruct and ultimately disrupt continuous flow of Prana  into the subtle and gross bodies of Jivatma.

Through the means of gross knowledge and gross clinical instruments, physician cannot even access the root-cause area, leave alone remedying it for the better. It thus, leads to the inevitable proceed of relapse of disease or some other more complicated clinical emergency. Pranic-flow & -equilibrium can be restored / mollified only by channelising into the subtle body, a Spandana  that is subtler than the Karmic Spandana, ameliorative in nature. Spandana  that is created through the pursuit of PRANAYAMA  is the one that is subtler than Karmic Spandana  and purifying in nature. Pranayamic Spandana  penetrates into the Karmic Spandana, implodes and then dissolves Sancita Karma  before it is transformed into Prarabdha, only to create some more proceed. Once the Spandana  causing Pranic  disruption is dissolved through Pranayamic Spandana, there can be NO relapse of the disease or further complications.

IT IS NOW ESTABLISHED THAT PRANAYAMA  ERADICATES DISEASES AT THE ROOT-CAUSE LEVEL, PERMANENTLY.

Pursuit of Pranayama  leaves one healthy & purified of entire Karma-s in absolute terms, subtly as well as grossly. That is how Pranayama  consolidates another organ of Astangayoga  i.e. SAUCA. Spandana  that destroys / dissolves Sancita Karma  are also engendered through the pursuit of Bhaktiyoga  as well as Samkhyayoga, albeit at a pace much slower than that of the Pranayama. Pursuit of Sva-Dharmayoga (precise name of the Karmayoga) too, generates the same purifying Spandana  only if Sva-Dharma  is accomplished in the spirit of utter sacrifice / renunciation. Then only it qualifies to be a Yoga. Once the subtle and gross bodies are purified of entire Sancita Karma-s and cosmic shackles destroyed, then Jivatma  is amply eligible to attain ultimate liberation.

PRANAYAMA  IS THE FASTEST WAY TO ATTAIN ULTIMATE LIBERATION, EXTENDED BY SANATANA DHARMA. NO OTHER FAITH IN THE WORLD OFFERS SUCH A WAY TO THE ULTIMATE PEACE.

Herein the Supreme Deity, Mahayogesvara Sri Krsna  has profoundly adored those through the tribute of ‘PRANAYAMA-PARAYANA’ i.e. dedicated unto the Tapa  of Pranayama.

Self-Respect, Self-Esteem, Self-Confidence etc. are all various aspects of the Prana  alone. Including personality development, perfect body language too !!! Once one is Pranayama-Parayana, all these attributes swarm over spontaneously within no time, without even resorting to any other path / technique whatsoever.

All other vanities viz. Kama  i.e. desire / lust, Krodha  i.e. anger / revenge, Lobha  i.e. greed / covetousness, Moha  i.e. delusion / delirium and Ahamkara  i.e. egoic sense are also effectively dissolved through the regular pursuit of Pranayama. Thus, one is resolutely poised on the sacrosanct path of Brahmacarya  too. Through the regular pursuit of Pranayama, one is enabled to experience flow of Prana  through his / her Nadi-s and Cakra-s while growing younger every moment of every day of his / her life.

Tapa  of Pranayama  is the Tapa  of the highest order, known to humanity. It is the surest, fastest, faith-neutral and the most benign way to purify oneself, be rendered eligible to attain the supreme accolade – MOKSA  THAT IS THE ULTIMATE SALVATION.