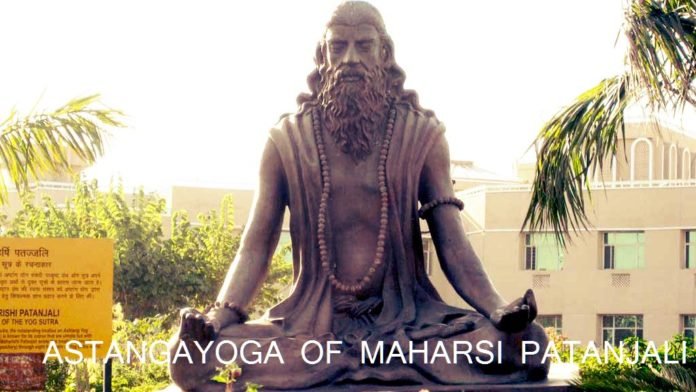 Most accurate, nano-precise, religion-neutral & the only perfect religion in the world is Astangayoga  of Maharsi Patanjali.

Religion is a means to an end. Religion is never the end in itself. Communities which emphasize religion as the end of all pursuits, are invariably destroyed beyond recognition. That is the reason why Islam & Christianity are today standing at cross-roads, loaded with a plethora of problems pertaining to grave issues of survival and sustenance. The moment religion degenerates into obscurantism, it tends to be status-quoist, then a deadly instrument in hands of oppressors.

It is Adhyatma  that is supposed to be the ultimate abode of all religions. Once we focus on Adhyatma  as everyone’s ultimate goal, question arises as to which path leads to the attainment of that goal in the quickest possible time with minimun efforts / hardships. In other words, how to improve the input / output ratio of this spiritual, cosmic journey.

Eight limbs of Astangayoga  enunciated by Maharsi Patanjali  is the surest, shortest and the quickest way to be attained to the Supreme Existence. Quite mystically, those eight limbs are inevitable as well as mandatory for all human beings irrespective of being a Hindu, Jew, Hispanic, Muslim or Christian if genuinely interested in the business of attaining salvation through emancipation. Maharsi Patanjali  is the greatest name when it comes to the world of Yoga. He refined religion so much so that it metamorphosed into pure, sacrosanct Laws of Emancipation From Maya !!

That too, absolutely devoid of personal beliefs whatsoever. Like a mathematical equation, invariably it works in the direction of 2+2=4 !! It does not really mandate, believe in this or believe in that. Just experience it yourself by following the laws in letter and spirit. There is no experimentation too because every failure in pursuit of the Yoga  is an invaluable experience and experience in one’s inner being is all that matters. Rest is all redundant. Since Yoga is existential, only the resolve to undergo mystical experiences is all that is required. Faith is external and superficial while pursuit of Astangayoga  is deeply and intensely internal. That may be the reason that it looks arduous to some and impossible to others.

All practitioners of religions follow one or the other limb, perfectly or imperfectly as narrated in their religious texts. Astangayoga  of Maharsi Patanjali  is the only, I repeat the only treatise which is complete in all respects and details bare minimum pursuits required for the ultimate deliverance in the briefest possible time for the one who strives assiduously in the most rational, scientific manner. In all other paths, rationalism is fuzzied or muddied, be it Islam or Christianity.

Hence, it is a confusion-, delusion-galores accompanied by repeated downfalls and in majority of instances, utter failure followed by the abandonment of goals.Quite brilliantly, Maharsi Patanjali  left it to the ascetic to undertake modifications within the framework of eight limbs and visualise Param Brahma  the way he / she wishes to. All religions viz. Hinduism, Islam, Christianity are far inferior to this spiritual path of Astangayoga. Non-Hindus should have absolutely no objection or reluctance in adopting Astangayoga  of Maharsi Patanjali. Rather, it is pertinent to question as to how it has escaped their serious attention all these years !!Maharsi Patanjali  is certainly the greatest scientist known to mankind. He is such a gigantic phenomenon that instead of awarding a hundred Nobel Prizes to him posthumously, Nobel Prize itself should be named after him.

ASTANGAYOGA  IS MOST RATIONAL, SCIENTIFIC AND FAITH-NEUTRAL.This is the most accurate and precise ‘Religion’ known so far as if it has come out of the most advanced Adhyatmika  laboratory in the world ! Hindu-s may shun Hinduism, Muslims may shun Islam and Christians may shun Christianity to adopt Astangayoga  as the only universal path leading to the Ultimate.

And there is absolutely no other choice if your are serious about your ultimate deliverance from the cosmic cycles of birth and death ! How can Param Brahma  with the supreme consciousness under His ambit, allow so many directionless religions to be pursued to be attained to Him ? FROM BASE CAMP TO THE SUMMIT OF MOUNT EVEREST, PATH IS UNI-DIRECTIONAL i.e. UPWARD WHILE YOU MAY WANDER IN ANY MANNER / DIRECTION FROM ANY CORNER OF THE WORLD TILL YOU REACH THE BASE CAMP !! Of Astangayoga  of Maharsi  Patanjali.

Hinduism, Islam or Christianity at best, prepare you to undertake the real holy pursuit of Astangayoga  in true spirit from the Base Camp and do nothing more than that.

PS: These are excerpts from my yet unpublished title YOGA-DARSANA OF MAHARSI PATANJALI. When Christian Pastors stand up and declare, Jesus is the only way to liberation and Hinduism is so shallow, baseless…. it becomes imperative to counter that effectively. Such articles provide glimpses of Hinduism so deep and intense, not easy to deal with that so superficially. I hope, it will be read and accepted with that perspective in mind.