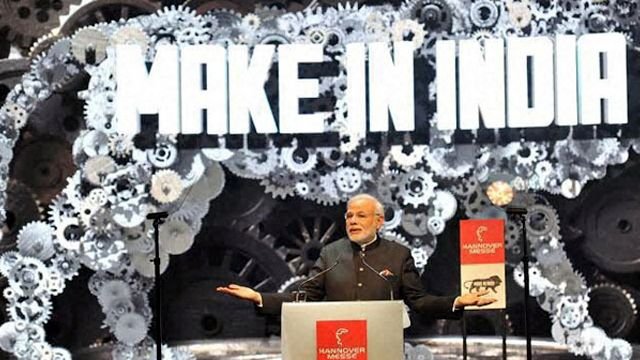 Many Cynicals and pathological Modi haters need to shove their Foot in Their Mouth.

For last many many years number of Indian security experts have been asking successive Govts to provide incentives and encouragement to Indian industry to play a major role in defence manufacturing,

However, Except spending thousands of crores on DRDO successive Indian Govts did nothing and as a result we continue to import def equipment and are one of the largest importers of def equipment.

The current Govt is changing the whole scenario by allowing Indian companies to get into Joint ventures and the results are now visible.

Many had said ; MAKE IN INDIA is a flop, IS SE KUCH NAHIN HOGA, YEH TO FEKU HAI.

Now, in just two years there are a few big achievements for the Indian Def Industry.
One, L&T which has for long wanted a bigger footprint in the Indian defence sector, has got cracking on its ambitious plans. The company, on Monday, announced a 51:49 joint venture with Europe’s MBDA Missile Systems with an eye on Rs 10,000 crore revenues from the defence sector by 2021.

The joint venture company – L&T MBDA Missile Systems Ltd – will design, develop, manufacture and supply missile and missile systems to the Indian government. “By 2021, our defence revenues should be Rs. 10,000 crore.

We are well on our way. We should soon be getting a Rs. 4,600-crore order for guns. We are in major programmes in 2017-18 and 2018-19,” L&T Executive Chairman A M Naik said at the press meet called to announce the joint venture. He said the company was expected to roll out its first product in two years.

TWO, RELIANCE DEFENCE has signed the master ship repair agreement with US Navy to perform complex repair and alternation services for the US Navy’s seventh fleet vessels operating in the region.

Reliance Shipyard at Pipavav, Gujarat is the first shipyard in India to have received MSRA Certification to undertake servicing and repairing works for the vessels of seventh fleet. Reliance Shipyard has been selected after a detailed site survey by US government representatives in end October 2016.

Three, TATAs and Mahindras are also not far behind they have also signed Joint ventures for the manufacturing of def equipment.

There is hence to show patience and secondly to learn to give credit where it is due.