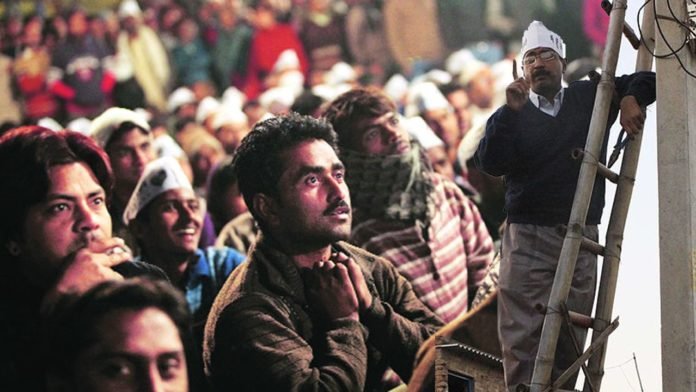 Today, while discussing with one of my friends who is a die hard supporter of a Political outfit about Nepal Govts endeavour to provide WIFI facility at Mt Everest Base camp and narrated an oft narrated management story, based on PETER’S PRINCIPLE.

There, in a school was a young Teacher who had been with the school for some years. He was very fond of gardening and as a result he spent a lot of his time maintaining school garden.

When they came to know about this teacher, they got deeply impressed. The management committee felt that this teacher is really hard working and has tremendous sense of responsibility and Sense of Belonging. So, they promoted him as the Principal after the current Principal retired, without looking at his Core Competency for that position.

But unfortunately, they had to sack him after TWO YEARS because the school got ruined BUT the School Garden became BEAUTIFUL.

I then reminded him HOW HE WAS IMPRESSED WHEN KEJRIWAL HAD CLIMBED THAT DAMN ELECTRIC POLE TO PROVIDE ELECTRIC CONNECTION.