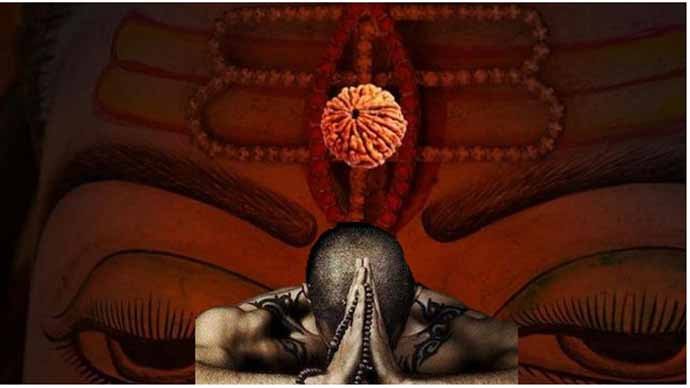 We have always been precepted by all the revered Guru-s, hermits, as well as faith-books / faith-scriptures that Atma  and Paramatma  are exactly identical… so strive to attain your maximum potential… liberate yourself to become Paramatma  yourself.

Alas ! It is not true. ATMA  and PARAMATMA  are certainly different.

Every Atma  is an epitome of Sattva  i.e. sanctity, purity and integrity as well as Citta  i.e. Consciousness of the highest order. Atma  is Sat  and Cit  both concurrently.

Paramatma  on the other hand, is Sat, Cit  as well as Ananda  too !! Paramatma is entirely blissed i.e. being ANANDA-INCARNATE HIMSELF. Thus, Paramatma  is complete and perfect within Himself. He does not have to strive for anything conceivable or otherwise, whatsoever.

Every Atma  is devoid of Ananda. Under the pernicious influence of Moha, when it strives to attain Ananda, it lands itself struggling for Sukha  i.e. gratification of senses through acquisitions and possessions, inevitably and invariably followed by perpetual miseries.

Even after attaining Moksa, Atma  can never become Ananda-Incarnate. At best, Atma  merely remains blissed under the influence and reflection of Ananda emanating from the Ananda-Incarnate i.e. Paramatma.

It is akin to sun-rays vs. sun itself. Sun-rays and sun are dissimilar, so are Atma  and Paramatma  too.

Then why we all Jivatma-s are wrongly precepted to strive to attain Moksa  if we can never evolve into Ananda  ourselves ??

Moksa  is the state of complete eradication of all agonies, pains, trials and tortures of mutable life. It is so profound that Jivatma  turned Atma  after attaining Moksa  declines to regret the inability to become Ananda-Incarnate like Paramatma, settles down to enjoy the emancipation from all trials and tribulations of mortal life, basking under the glory of reflection of Ananda  from the Ananda-Incarnate i.e. Paramatma. Inability to evolve into Ananda-Incarnate is thus, rendered insignificant.

If we are not precepted so, number of seekers of Moksa  shall dwindle steeply.

During Vedic  era, all drawing-room gossips among friends and families veered around identifying ways and means of attaining Moksa !!! Sounds unbelievable, yet it is true. So glorious, so enlightened had been our past, our culture, our spiritual traditions, moorings and pursuits !!