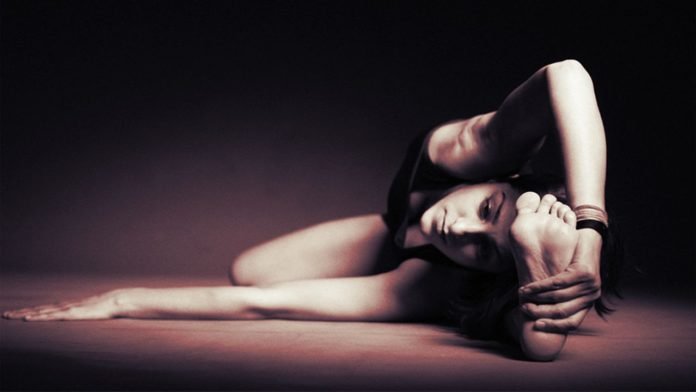 Our existence is an integrated composite of mortal as well as immortal constituents. Immortal constituent is the Absolute One, Virat Purusa  or Param Brahma. He is absolutely perfect in all respects and the ultimate cause of all that human comprehension can and cannot perceive. Mortal constituents are the complex derivatives of various manifests of Prakrti  and these constitute Ksetra  or field for the entire cosmic Maya  to enact and re-enact itself. Entire Maya  of creation, dissolution, birth and death is guided by the Karma  performed, their Guna-s (whether Sattvika, Rajasika  or Tamasika) and corresponding Samskara-s thereof. It is the composite of these Samskara-s on mind that decide the entire gamut of subsequent birth and destined Karma. Business of Moksa  or salvation is all about dissolving these Samskara-s so as to attain the pristine pure innermost core of the Jiva. Once the absolute purity is attained after transcending various stages of Tapa  and relevant attainments, stage is set for the ultimate salvation / liberation from the cycles of mortality. Eight-fold Astangayoga  enunciated by Maharsi Patanjali  is a unique step-wise treatise on how to move forward on the path to the ultimate liberation and related experiences at every level of enlightenment. In brief, eight limbs of the Yoga  are herein as under –

Sauca (Cleanliness), Santosa (Contentment), Tapa (Austerity of mental & physical discipline), Svadhyaya (Study of scriptures and Japa) and Isvarapranidhana (Devotion to the Supreme) are the Niyama-s.

Motionless and agreeable form of staying in the posture.

Asana  having been perfected, regulation of the flow of inhalation and exhalation is Pranayama.

When separated from their corresponding objects, organs follow, as it were, nature of the mind, that is called Pratyahara (restraining of organs).

Dharana  is the mind’s fixation on a particular point in space.

In that Dharana, continuous flow of similar mental modifications is called Dhyana (meditation).

When the object of meditation only shines forth in the mind as though devoid of the thought of even the self (who is meditating), that state is called Samadhi  or concentration.

ASTANGAYOGA  IS THE ONLY WAY TO SALVATION

This eight-fold endeavour to attain ultimate liberation is complete and perfect in itself. It has taken care of all the possible repurcussions and ramifications that one may encounter during it’s pursuit. The real marvel of Astangayoga  lies in it’s complete and absolute objectivity, based on unedited and unadulterated cosmic realities. I venture to emphasise again, there is absolutely no trace of any subjective element whatsoever, in it’s entire philosophy. So much so that even a Muslim-fanatic may dub it as the Allah Yoga  or a diehard harvester of faith, Christian-Benedict as the Christ / Jesus Yoga !!! If someone’s take happens to be that some Sufi fellow with the name Jalaluddin Rumi attained salvation by traversing the path of Islam, my rejoinder would be that even while practising five Namaz a day, Rumi could not ignore the elements of Astangayoga  i.e. Yama, Niyama…etc. He had to practise these, even in the name of Islam !!! Religions are merely spring-boards to higher state of existence. Ultimate salvation is altogether a different proposition which no religion can attain. Utter pursuit of even Hinduism  as a mere religion cannot attain salvation, leave alone Islam or Christianity. Religion is a means to a higher state of existence while Astangayoga  is the highest means to the highest state of existence.  Even the so-called most intelligent man of the 20th Century, Albert Einstein practised Astangayoga  to open up innumerable locks in his brain whose keys were irretrievably lost into his ocean of ignorance.

A mountaineer intending to mount Everest may come from any corner of the world yet he shall have to report at the Base-Camp before embarking on the heroism of summiteering. Cosmic journey from the base-camp to the summit constitutes Astangayoga  wherein the base-camp is ‘Yama’ while the summit is the ‘Samadhi’. Journeys from various corners of the world to the base-camp are indeed, the sects i.e. Islam, Christianity, Judaism, so on so forth. As entanglement with the gross world is multi-pronged and multifarious, equally compatible spiritual regime is essential to combat the entanglement at the same level. Mysticism of Astangayoga  lies in it’s absolute neutrality towards all faiths because mere pursuit of faith adds to the entanglement with the gross. Astangayoga  is amply competent to dissolve the drag caused by pursuit of faiths. Owing to it’s absolute objectivity and pristine purity, Astangayoga  is the Param Satya Yoga  as well as Param Brahma Yoga, too.

Isvara  is a particular Purusa, unaffected by affliction, deed, result of action or the latent impressions thereof. Absolute Existence is devoid of everything, infinitely beyond the faculty of human comprehension. This absolutely perfect, flawless state of existence which is all-inclusive as well, is what is known as the Supreme Deity or Isvara. This state is attainable / accessible to all hence, every Jiva  is potentially divine. As we are vivid reflections of the Supreme Perfect, we are called upon to deport ourselves in a perfect way, right in this world itself. Perfection is an endless voyage and never a safe harbour. Even after attaining Perfect State of Existence i.e. Isvara, divine exercise of eternal renewal, renaissance and resurgence never ceases. Astangayoga  alone extends absolutely correct description / definition of Isvara. Divinity is serene, tranquil yet never ever standstill.

ASTANGAYOGA  IS THE MOTHER OF MODERN PSYCHOLOGY

It is the foundation of the so-called modern Psychology.

Avidya (Misapprehension about the real nature of things), Asmita (Egoism), Raga (Passionate attachment), Dvesa (Aversion) and Abhinivesa (Fear of death) are the five Klesa-s or afflictions.

Their means of subsistence or their gross states are avoidable by meditation.

By practice and detachment, these can be stopped.

Long practice without break and with devotion becomes firm in foundation.

Yoga  is suppression of the modifications of mind.

Thence (from all varieties of Karma) are manifested the sub-conscious impressions appropriate to their consequences.

Karmasaya  or the latent impressions of actions based on Klesa (Afflictions) becomes active in this life or in a life to come.

As long as Klesa  remains at the root, Karmasaya  produces three consequences in the form of birth, span of life and experience.

Because of virtue and vice, these (birth, span and experience) produce pleasant and painful experiences.

From that arises immunity from Dvandva-s or opposite conditions.

By practising Samyama  (Self-control and moderation) on notions, knowledge of other minds is developed.

It is amply clear from the aforesaid Sutra-s that the entire human conduct is a complex, integrated function of all these modifications / manifestations of mind. These constitute the innermost core, very fundamental essence of entire human psyche. What Psychology and it’s principles expound, are merely exterior semblences of the aforesaid subtle modifications of mind. What modern Psychology cannot explain, is profoundly explained by the principles of Astangayoga. Once entire structure / integrated-mix of the entire battery of Samskara-s is perceived, entire psyche can be marvellously explained / understood and future conduct correctly anticipated / predicted, a feat very difficult for a psychologist to achieve. Entire conduct of Gautama Buddha (renouncing his kingdom, young queen and infant prince, accepting maroon robes, attaining the Supreme State, then coming back to his queen and prince to beg for alms) or Sri Rama  (renouncing kingdom at the behest of His step-mother and her maid-attendant etc.) or Maharsi Dadhichi  (who donated his bones for a common cause) simply cannot be explained away by the so-called Psychology, albeit Astangayoga  can. Entire phenomenon that later came to be known as Bhagvadgita  is a splendid display of various Samskara-s at work in the mind of Arjuna. That way, Sri Krsna  turns out to be the GREATEST APPLIED PSYCHOLOGIST EVER BORN TO THE PLANET EARTH though He was not a Ph.D. holding, qualified psychologist at all !!!! It was the Mahayogi  in Him at His splendid best !! Psychology is at it’s wit’s end to rationalise Arjuna’s conduct in the battle-field. Need it be stated further that Maharsi Patanjali  is the real Father of Psychology and NOT Sigmund Fraud at all ?? Truth about Sigmund Fraud is that the poor fellow just did not understand even a, b, c of Psychology. Why should one ardently desire to merge himself into the Infinite is a dark mystery / black hole for the discipline of Psychology and it’s ignorant father.

A refined mind, purified of Samskara-s is capable of perceiving what’s going on in other’s mind, as enunciated in Sutra III/18. A psychologist would call it ‘intuition’, betraying ignorance and naivete at it’s best.

ASTROLOGY HAS IT’S ROOTS IN ASTANGAYOGA

Karma-s leave their Samskara-s on the horizon of mind. Since the cosmic law of cause vs. effect ordains these latent Samskara-s to be consummated / redeemed, it shall invite another set of Karma-s as their corresponding / respondent effects. The anticipated Karma-s as effect are explicitly reflected in the planetary positions of one’s horoscope / birth-chart. It can now be sequenced that it’s Causative Karma  to Samskara  to Astro-Chart to Corresponding / Compatible Birth-Chart / Horoscope to Karma  as ‘effect’ or destiny for the life to Events of the life as revealed / predicted in the horoscope. It is amply clear, roots of Astrology are vested in the wisdom of Astangayoga. For the instances where predictions are proved wrong, fault lies in the erudition and experience of the astrologer and NOT in the NANO-ACCURACY of the wisdom of Astrology !!! Lone objective of Astrology is to facilitate one’s spiritual drive, culminating in Nirvana  and in no way to accumulate material wealth or comfort.

MYSTICISM OF KARMAYOGA  UNDER THE DOMAIN OF ASTANGAYOGA

Maharsi Patanjali’s Astangayoga  interestingly expounds Sri Krsna’s Karmayoga  too, just as it does so in the case of Astrology. When Karma-s as cause, leave their Samskara-s or impressions on the mind, these ought to be dissolved as a measure of purification of the subtle. Karma  as cause can be dissolved by it’s respondent Karma  as the effect, provided it is performed in the sacrosanct spirit of Yajna  i.e. renunciation of it’s proceeds. In other words, if the Karma  as effect is not performed in the spirit of renunciation, it shall impart another, fresh set of Samskara-s, causing additional bondage instead of obliterating the cause-Samskara. Cosmic endeavour of dissolving existing Samskara  or the cause-Karma  through accomplishment of effect-Karma / effect-Samskara  in the spirit of renunciation is known as Karmayoga. It renders the doer purified further. Effect-Karma, also known as Svadharma  (one’s own Dharma) is sacrosanct and inviolable.

We are called upon to perform our entire Karma  in the spirit of renunciation alone, so as to ensure our continuous purification and evolution towards ultimate liberation. Further that elucidates, our Karma-s of current life lay the foundation of destiny, manifesting in the same or subsequent life. That way yes, we are the masters of our destinies, immediately or otherwise.

Astangayoga  of Maharsi Patanjali  is most mystical and comprehensive in itself. No other faith / religion is blessed with such an exquisite mysticism as of Astangayoga.

The wisdom is ABSOLUTE, IMMORTAL and INVIOLABLE.