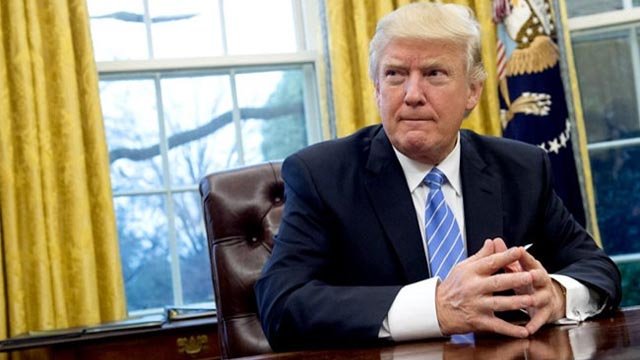 People in UK are really worked up about Donald Trump. It reminds me of the secular brigade who had heart burn, indigestion, upset tummy on election of Modi in India. These anti-Trump trumpets have similar intensity, similar high decibel here as well.

They complain, Trump is racist, bigoted, will favour big business and be anti-poor, anti-minority, anti-women… etc etc… But what I really pity is their naive belief that democrats would have been none of this.

Over last 60 yrs, politics has changed outwardly. People have started to believe that now the lion and the deer are drinking water from the same fountain, but no one has seen the lion eat grass so far. So how the lion is getting the food?

The lion has realised that it is bettter to convince the deer that the lions do not hunt any more… so that they can quitely kill one deer everyday without the other deers worrying about it. Empirialism is working quitely this way without making fuss about it. That has been the language of the jungle lately…

Trump has toppled their applecart. He has broken the silence. He does not speak the language of ideology. He speaks the language of self interest. This is the language everyone understands but no one speaks aloud. So they are upset he is spoiling their game.

I support Trump… openly and loudly. For one simple reason – We can understand his language. He is talking the language of American interests, we can negotiate Indian intersts with him.

This is a lot better than the Obama period where they kept talking of peace and equality and poverty and kept supporting terrorists all over the world and trying to upset democratically elected government in India.

Trump is a godsend opportunity for us. He is an opportunity for us to correct 70 years of political blunders and diplomatic suicides. Here is our opportunity to free ourselves of the empty rhetorics of ideological jargons and talk sense and preserve self interest… Being naive is the only sin in politics.