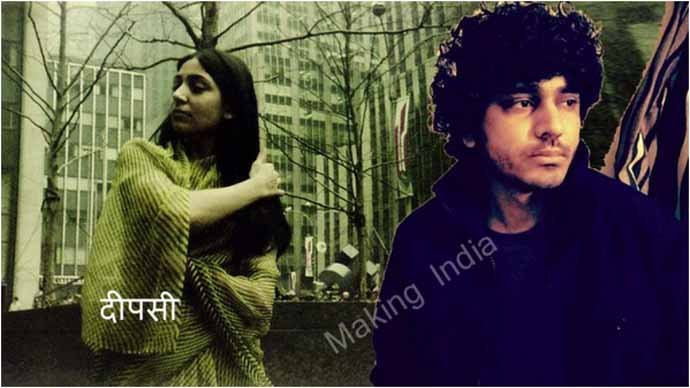 Every flutter of wings will lose it’s choir
And every face will turn a twilight
If only you are not there at the other end of January
Such is the wonder that you can fill the colors
In the hypnotic splattered mist of my soul
Just by drawing breaths in a farland under a frozen sky!

In a wild ecstatic wriggle as you touched it’s bents and curls
Were you not a Mirror to the Mirror
Wherein a wooden crucifix was seeking its damp soul?
You were a wanderer a traveller a vagabond
Collecting tales and pictures and rains and fireflies
You were a burning matchstick against the snow and sleet
Whisked away by winds like a candle of sacrificial rite

You would paint your face white and put on an act
Only until you take the mask off and hang it
On a wooden beam along with a Red Lantern!
You were the “Goddess of Green”
When all the summers had charred brown to the coal
Like Burnt Sunflowers.

Every voyage into the sea will lose it’s shores
And every bell of bronze will be tolling without a voice
In the deaf ivory tower of time
If you are not there at the other end of January
A Star twinkling to Street Lamps.