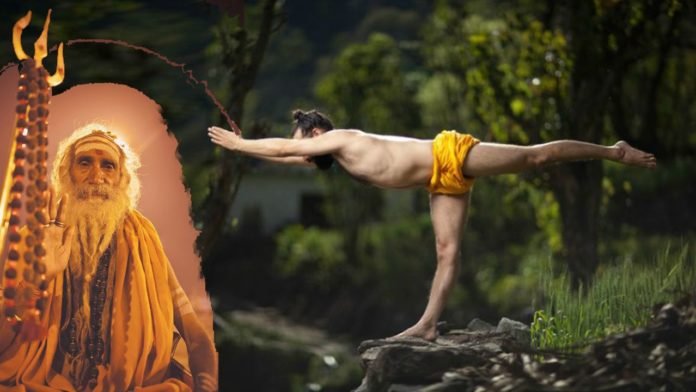 FIRST  Everyone is endowed with two faculties of cognition – Faculty to behold others and the faculty to be beheld by others. Siddha Yogi-s are empowered / capable of withdrawing their faculty of being beheld by others selectively.

Once they do so, nobody can behold them though they may be standing next to you! Certainly, they can behold anyone and everyone even in that state of imperceptibility.

SECOND  When they de-materialise their bodies into most fundamental constituents of five Bhuta-s or even three Tanmatra-s of Sattva, Raja  and Tama, they disappear for sure. Then you are amazed at the disappearance !!

Further, they can re-appear by re-materialising themselves at their will with the same cosmic building blocks of five Bhuta-s and three Tanmatra-s governed by the DNA of Karma-s.

Incidentally, the billion $ project to discover ‘HIGGS-BOSON PARTICLES’, also known as ‘GOD PARTICLES’, at Geneva is nothing but searching those three Tanmatra-s of Sattva, Raja and Tama, most fundamental cosmic building blocks in the universe.

What they have not yet been able to establish after spending billions of $, was discovered / established / proved / authenticated by our ancestors thousands of years ago…. with their laboratories located under banyan trees with scientific equipment like Rudraksa Mala, Kamandala, Asana, Chimta, Gangajala…!!!!!!!!!!!!!!

For such accomplished, highly advanced Souls, bodies are just a building-block toys for them. They play with that joyously. Nobel Prizes shall be honoured if awarded to them individually, even posthumously.

Do you find it worth trying ???