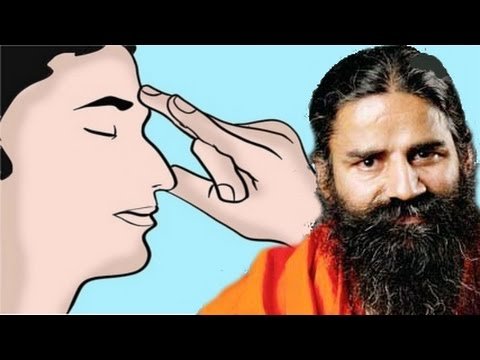 A Daridra-Narayana  is Daridra  i.e. famished, in so many ways –

He is so poor of money that he cannot afford even two square meals a day.

He is wealthy with a bloated pot-belly yet he merrily participates in grabbing food wherever possible, does not mind even a stampede, preferably free of cost.

He is wealthy, rather a tycoon yet he goes to any extent to amass wealth / property / gold etc. Ramalinga Raju of Satyam is an interesting example in this regard.

He is well-educated yet Daridra  of education (mind you, not learning !) as they go on piling-up degrees after degrees. I know such a soul who is holding 22 Post-Graduate Degrees including a Ph.D. Still his voyage into education rather, degree-collecting spree, is continuing. Few years ago, there used to be a minister in Maharashtra cabinet, Dr. Shrikant Jichker whose some 24 degrees included not only a Ph.D. but also M.B.B.S. !!!

Some are saturated with political power yet desperately hanker for a chair. Most fascinating example is of Nehru-Gandhi-Vadra clan. Even three generations of PMship have failed to satiate the family as the fourth generation, a cuddly, simpleton and colourless half-Italian lad, a practising Roman Catholic Christian under the guise of a Hindu  name, said to be grandson of a Muslim, is itching to grab PM’s chair. With his Italian mother, this boy shall constitute a grave national security threat which we do not comprehend for the moment. They all aspire only for the PM’s chair, nothing below that. The so-called ‘Guruji’ (politician Shibu Soren) from Ranchi / Jharkhand is another ‘feather in the cap / beard’ of the grand Indian juggernaut that our democracy is.

Some are Daridra  of shoes. More than 300 pairs of shoes / sandals were recovered from the Poes Garden residence of “Dr. Madam Puratchi Thalaivi” in Chennai, not very long ago.

Majority of Indians are SEX-DARIDRA. He may be happily married, may be a ‘full-time practising husband’, may be a septuagenarian with married grand-daughters, yet as a Sex-Daridra, he shall not hesitate a bit to do a ‘CREDIT-CARD SWIPE’ at a feminine figure given a golden opportunity. This Sex-Daridra Narayana, an interesting, funny creature maintained an inconspicuous profile all these years owing to cultural values, social taboos and a little bit of fear of the law tottering on it’s own course. But now, the Sex-Daridra Narayana  has changed, is still changing. The example of a (unfortunate !) bachelor RSS activist in Bhopal and his sting-operation CD have brought the issue on the table for everyone to deliberate upon.

With the growing western and Wahabi influence, financial as well as non-financial, with sinister TV campaigns asking people to liberally talk about condom, disguised Sex-Daridra Narayana  is coming to the fore quite confidently !! To shake the very foundation of our highly organised and cultured society !! Through these campaigns, serious efforts are being done to destroy the Hindu  society.
And we Hindu-s are joyously lapping it up like fools !!! Unmindful of the very dangerous consequences that are going to be invited !!! So much so that even buildings housing Union Ministries used to display too many hoardings warning of HIV without condom and asking all of them to use condoms as much as possible, indirectly conveying the message to be as liberal as possible !!

Shastri Bhavan, housing Union Ministers had become such an ugly place under the malignant rule of UPA I & II due to those condom hoardings that any sensible fellow would have hanged his head in shame…WERE THOSE MINISTRIES EPICENTRES OF SUCH PLAYBOY ACTIVITIES ??? What message were we passing on to visitors which included some high-profile foreigners to those ministries ??

For the Sex-Daridra  Indian, temptation to indulge is irresistible, even though fraught with an irreversible fall-out. For the simple reason, they do not know how to resist, then overcome, then transform the drive into the most effective divine force.

PRANAYAMA  IS THE ANSWER. One hour Pranayama  every day is the most mystical spiritual pursuit which empowers the practitioner to take command of this vanity, so effectively that soon he relishes abstinence to his core !!! After assuming charge of this desire through Pranayama, he shall ruefully pity upon himself, as to why he didn’t do it earlier !!! Why didn’t anyone educate him about it earlier !!! Some of the many after-effects are simply unbelievable. You shall see the roles reversed… lasses / women stalking and wooing lads / men !!! When Sister Nivedita  expressed her sincere desire to marry Swami Vivekananda  and said, “In whole of Britain, there is no groom like you.” Swamiji  burst into uproarious laughter and ordained her as a Sannyasin !!

Even animals are not promiscuous the way human beings / Indians are. They indulge in sex with the sole intention of procreation and not the Osho-Rajneesh brand so-called enjoyment. Promiscuity is the virtue of animals (two-legged indeed !!), certainly not of human beings, least of all the so-called refined ones !! Abstinence through Brahmacarya  alone offers the greatest bliss & joy which even the most amorous & beautiful woman in the world cannot provide, irrespective of duration or frequency !!! That’s it !!!

AND THAT IS POSSIBLE ONLY THROUGH PRANAYAMA.

One hour regular, intensive Pranayama  everyday renders it possible. So also so many, rather a series of unbelievable achievements / attainments !!! Alongwith a far superior poise to enable one to handle everyone else, including his / her own spouse. Once you are in command of this desire, every other desire shall fall under your conscious control, on it’s own. The urge to indulge, which even leads to heinous crimes like rape, simply vanishes into thin air effortlessly. Desire to indulge in promiscuity too, vanishes into thin air. Then, you are a highly dignified and well-poised person people around you shall be proud of and envy too.

Swami Ramdeva  had once challenged live on TV channels, to bring even one molester / rapist / stalker educated at Gurukula. And his open challenge still remains unchallenged !! Once upon a time, nation had seven and half lakh Gurukula-s imparting intensive value-education / right Samskara-s under direct supervision of Guru-s. Invasion of McCaulay brand of secular schooling, then Communists destroying entire education system of the country, have given rise to congeries of miseries and one of them is breeding of teeming mass of Sex-Daridra  Indians. Students used to live and study in those Gurukula-s like Brahmacari-s, practise Yoga / Pranayama  assiduously which empowered them to have complete command over their Testosterones and Adrenalins. With Gurukula-s destroyed by the anti-national / anti-Hindu Congress-Communist Combine, is it now possible to impart that sort of education by parents at home ? Almost impossible.

Swami Vivekananda  attributed his entire genius to the Tapa  of Brahmacarya ALONE, as also his eloquence at the Chicago conference which attracted prolonged thunderous applause and world-wide attention; so also the indelible impression he left behind on the minds / brains of snooty members of the so-called elite Harvard Philosophical Club. NEVER EVER IN HIS LIFE OF 39 YEARS, EVEN A STRAY THOUGHT OF SEX CROSSED HIS MIND, AS CONFESSED BY HIM !!!

Then, there shall be no sense of guilt of carrying the stigma of being promiscuous.

Intensive Pranayama  and not promiscuity, that alone is going to satiate the Indian Sex-Daridra Narayana, ultimately.