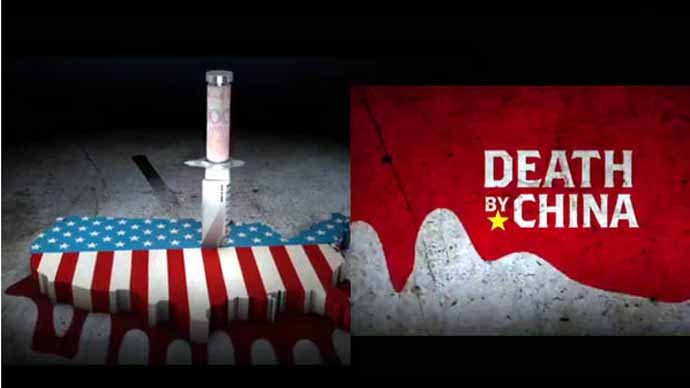 If you see this 1 hour 20 mins video, you realize why American people posed their hopes in Donald J Trump as the next POTUS.

Bill Clinton underestimated China’s potential – maybe yes, to give him a huge benefit of doubt. What really happened was the Inc taking US to the brink.

What we see here is a classic example of the last scene of the “Animal Farm” where there is no difference between the faces of men and pigs.

Understand this : the Leftists brought in so much legislation to make things better for workers, they made things worse for the Companies for whom the profitability was of paramount importance.

For the CEO of a multi-national, it was his job against the jobs of workers. Since a business operates without emotions, his priorities were clear, and also his conscience, backed by platitudes like these.

Things started getting worse when the Social Security started bursting at the seams. When people who once lived proud and productive lives, had to stand in food ques with heads lowered and faces nearly covered.

See the videos of people. Well, they are not shedding tears, but they are fighting them back. If you empathize with what they feel, it’s hard to fight back yours.

What China has done to the US, Muslims have done to us. Socialism has made doing business costly and many manufacturing activities have simply folded, only to find the supply coming from Muslim businessmen.

Like US manufacturers found it difficult to compete because it was not competition with a company but a country, individual Indian businessmen found it hard to compete against the almost inexhaustible resources and network of Islam. And of course, violence is never out of view and available on demand.

As in the US, Indian businessmen have also put profit above patriotism – patriotism is but an emotion that does not pay salaries – plants were not shipped, they just stopped because trading was cheaper.

Human rights were never an issue. No one from a decidedly Leftist media ever raised a voice about the toll China took on Indian manufacturing and talking about the flanking and eating into Hindu business by Muslims was an outright taboo. It has been, to use an Americanism, a double whammy.

Solutions will be found because they have to be found. It is a matter of survival. Communities, Nations. Solutions will be discovered, all we need to do is to rise just a little. Rise above immediate personal profit, put Nation above self. That is how nations came into being and that is how they will be reclaimed.