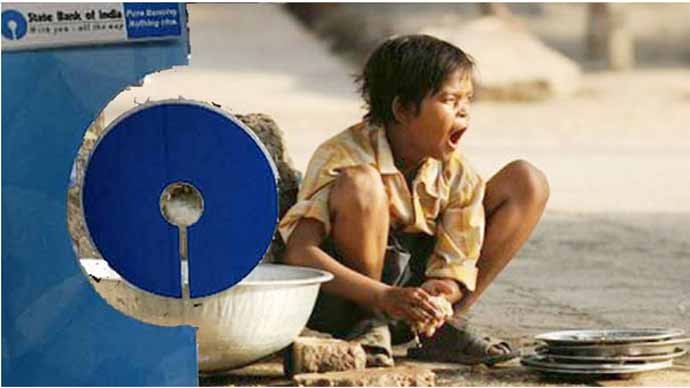 Years ago when the great war of Mahabharata ended, Bhishma was on his bed of arrows. He was waiting for the sun to go into ‘Uttarayan’, so that he could die peacefully.

While he waited one day Lord Krishna came to see him. Seeing God near him, Bhishma said, pray lord, please tell me what sins I committed to deserve such an harsh punishment?

Krishna smiled and told him of forty births ago. Bhisma used to be a Brahmin who was fasting on the first moon ‘Ekadashi’. As he prepared to end his fast, he kept his bowl of milk in courtyard and went to wash his hands before prayers.

Seeing unguarded food a snake looking for food came and tried to put its mouth into the bowl to check. But as the Brahmin was a pious soul snake wasn’t able to spoil his food.

Instead he was thrown away with a shock. It fell upon a nearby bush and died hanging on its thorns. Since this was an indirect sin, Bhishma was never punished for it.

This time he was serving a dishonest king and survived on food earned by unfair means. Hence it has been possible to render the punishment for this indirect sin. So it was that as the snake died Bhisma too was suffering on a bed of thorns.

Now this story might be a bit hard to digest in modern times. Stories of sin and forty births don’t go down that easily. So lets ease the story a bit. Do consider the last time you witnessed child labor. Where was it?

At some small roadside eatery, or the boy bringing tea to your office, remember? He is not young, he is the elder of his siblings, shouldering their responsibility.

You may think that you are not responsible for him, being out of school. Now think how he gets paid? He gets twenty five hundred in cash at month end when his parents come to collect it. The shop owner saves about a thousand by employing a child.

Had the salary being paid, been transferred through banks, shop owner would have wanted to show it as salary expense and save taxes on it. If he continued with 2500 as salary, labor office would have noticed it sooner or later. This happens because you insist on paying in cash. Indirectly you are responsible for a child being out of school.

At somewhere around eleven in night, that Chotu will take his last order, he will have to be awake after that to do those dishes. So when you lie awake, tossing on your bed late night next time, do remember that you are just paying the price of keeping a child awake.

But then you don’t need to trust every word of mine, continue stealing taxes, pay in cash!